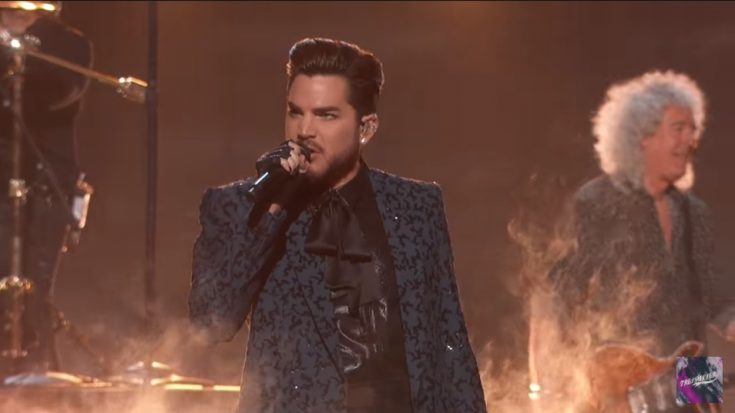 In a recent interview with People, Adam Lambert shares his looming fear and nervousness when performing Queen songs. Lambert has been Queen’s vocal driver since 2012, and he shares the onset of nerves in filling the shoes of the late Freddie Mercury.

“When we first got together to perform a whole show, I’m happy to say it went really well. It was a success, and we pulled it off — but man, I was really nervous beforehand. Not only did I have to make sure my voice held up and I know all the words.” Lambert continues, “But it was also the perception of the fans; I definitely had some concerns. This is not the music that I wrote: This is me, as a guest, with one of the greatest rock bands of all time, singing the songs that one of the greatest rock singers of all time brought to life.

Lambert clarifies he has no intention of replacing the iconic frontman, and praises his contributions to the industry. He said he only hopes “that audiences would understand that I’m up there just excited to sing great music that everyone knows.”

He also expresses his gratitude and honor in being able to keep the surviving members Brian May and Roger Taylor on stage and playing, which would be quite difficult without a frontman, knowing Queen’s arrangements. “Watching them delight in this connection with their fan base is really, really inspiring,” Lambert concludes.