We Dug Up A Magnificent 1995 Jefferson Starship Performance 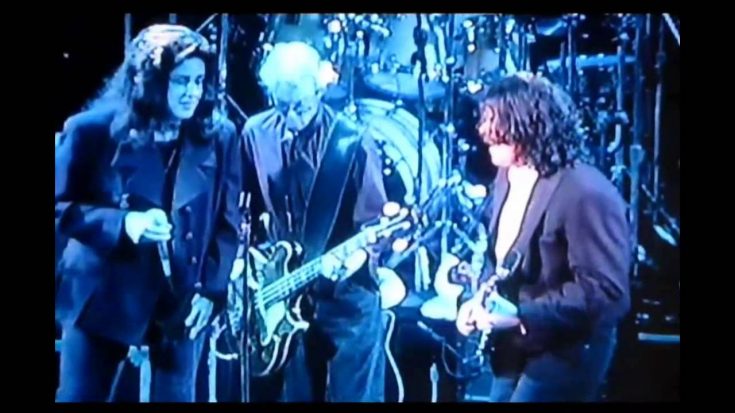 In rock music of the late ’60s, the Jefferson Airplane was perhaps the most revolutionary band. Apart from Grace Slick becoming one of rock’s finest female musicians, they also managed to score some pretty great hits that remained influential in such a lifetime.

But Jefferson Airplane was different from its subsequent group, Jefferson Starship. Starship, which is tainted with an ugly smear of commerciality; more notably, with their song “We Built This City,” was the last blow. And fans wanted to bring be the good old Airplane fashion that they adored in the first place.

Paul Kantner, who left the group for several reasons, came back after a period of time and help them re-establish the respect for their work once again with a live album. The resulting effort was Deep Space / Virgin Sky, an album more in tune with the band’s former style and panache. For Kantner, he’s pleased to have brought the same ferocity that the band had somehow forgotten along the way, and try to convince that there’s more than what needs to be done at this point.

Released in 1995, Deep Space / Virgin Sky sounds and feels like the group’s earlier work. The album was recorded live at the House of Blues in Los Angeles and is the most politically charged album since Airplane’s Volunteers, which was a big deal in 1969.

If you’re a long-time fan of the band, Deep Space / Virgin Sky is sure to bring back happy memories. It’s also a surprise to those who thought these musicians had long gone to the meadows. It symbolizes the innate power that the band still has, reminding us that there’s no need for them to hit the rock bottom once again.

You can watch the band’s performance inside the House of Blues below.