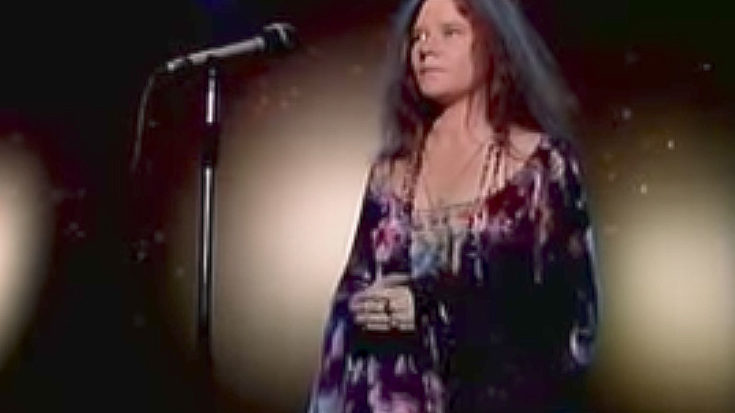 Janis Takes This Is Tom Jones

Despite not being written by Janis Joplin, ‘Little Girl Blue’ is such an emotionally driven song that when Janis sang it, it was easy to see her as the real life “little girl blue”. This performance from 1969’s This Is Tom Jones is powerful in that regard; when Janis walks out from backstage, she looks much younger than her 26 years and much smaller than that powerhouse voice would suggest, and delivers a performance that appeals to the lost little girl (or boy) in all of us.

The moment she begins singing, however, it’s like Janis becomes the confident, fierce woman we knew her as onstage and ‘Little Girl Blue’ goes from being the song of the lost to a song about having found your way and soothing that lost person still inside of you. We dare you to watch this without getting emotional; we tried and failed, but maybe one of you brave souls can do it!

Tom Jones had several iconic musicians appear on his show but Janis Joplin will always be our favorite. She’s known to be shy off-stage and so we find both the interview and performance simply refreshing. It was just as memorable to Tom Jones.

Janis knew how to move us to tears with her songs. This is definitely no exception.