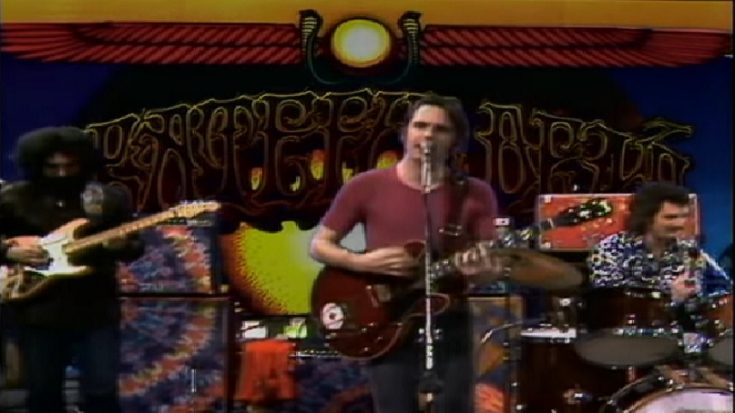 Let’s relive the Grateful Dead’s remarkable performance of “One More Saturday Night” on the German music TV program Beat-Club. The performance can be viewed below.

The video shows the band performing “One More Saturday Night,” a song you might remember well since it’s usual to many of Dead’s live shows. The song was first featured inside Bob Weir’s debut solo album, Ace, but it was long been frequently played inside the band’s set before its official release.

The Beat Club became the perfect medium for GD and their desire to entire the mainstream Europe popularity. The performance was the first time that the band performed live in front of a European TV program, which was a huge leap for the Californian-native rock band.

With their long hair, bubbling energy, and free-spirited attitude, they roused the audience with this epic song. It’s not the best song, per se, but it certainly has a full potential for upright greatness. GD fans, who call themselves deadheads, were split in their decisions regarding the song: the song would say that the rock n’ roll fueled number shows the versatility of the group, while the others didn’t like its structure that’s far from what Grateful Dead was all about.

Nevertheless, nothing could compare to their surreal performance in the video.