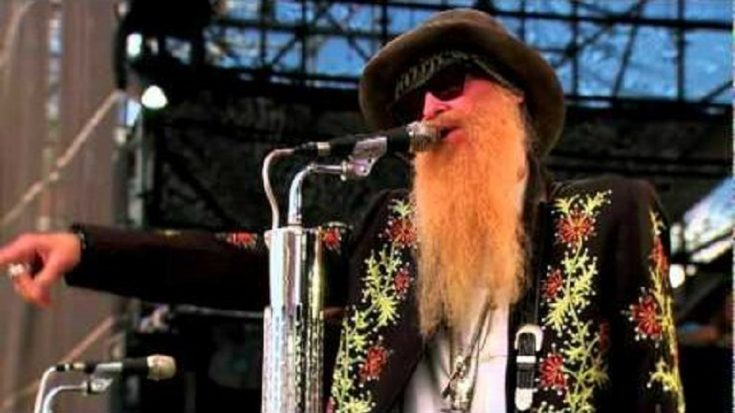 Eric Clapton is synonymous with Crossroad’s Guitar Festival, a series event founded by the legendary guitarist. It is said that for every year that the concert is done, numerous guitarists that have shared their mighty talents on stage has had earned a respect from Clapton in the name of guitar playing. Among those is the iconic ZZ Top, who was among the performers at the said festival back in 2010.

The event transpired at the Toyota Park in Bridgeview, Illinois, a little outside Chicago. Billy Gibbons, Dusty Hill, and Frank Beard came together to perform “Waitin’ For the Bus/Jesus Just Left Chicago,” a highlight from their breakthrough album, Tres Hombres. The two tracks almost effortlessly segue with each other due to a mistake done during the mixing sessions, due to album engineer Terry Manning, who tried to experiment with a gap or no gap editing for the two songs. The latter seemed perfect, and after consulting the others, it was left just like that.

During live performances, the two songs are often played one after another, a gesture that can also be observed from the video presented below. Gibbons and Hill shared vocal duties, and the performance was unlike any other; electrifying and compelling to watch. The band minus Frank Beard wore matching outfits, which became a symbol of the band, apart from being a blues and southern-rock group. If there ever was an epic performance from the trio, the video below is among its strongest contenders. You can watch it now.