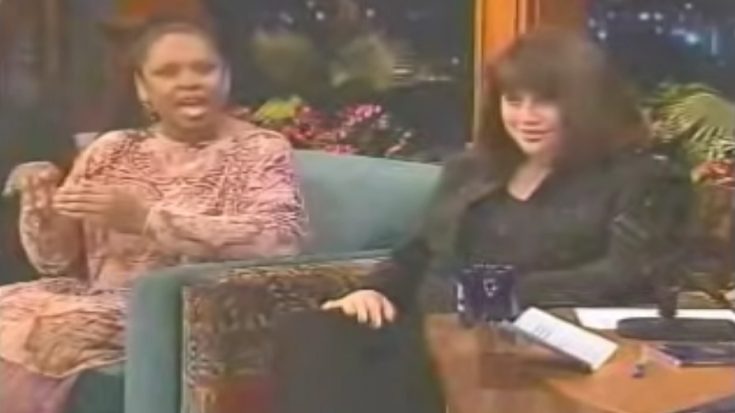 Linda Ronstadt, there are a lot of things to admire about this gem of a woman. She not only made herself the person who started the craze for song covers, but she is also of magnificent beauty. Her career as a woman hasn’t been made easy for her, though. For starters, she had faced yet a lot of sexism and discrimination inside the industry, something that’s been prevalent in the olden days. But, as brave as a lion, she dares to call out people for their misconduct, even if it means that she’d make headlines the next day.

In this unearthed video of Ronstadt inside the Tonight Show with Jay Leno, the singer picked a bone with one of the female guests present at that time: Robin Quivers. Quivers was known to be Howard Stern’s sidekick for his radio show. Before the said confrontation, Ronstadt told Leno that she barely got through the song she’s singing at that time as she was distracted and angered with one of his guests, indirectly referring to Quivers.

“I was distracted while I was singing,” Ronstadt said. “It’s not my place to take issue with one of your guests, but I felt deeply upset about what she [Quivers] said.”

Quivers quickly defended her partner, Stern, saying: “I think people who listen to the show understand what we’re doing,” to which, Linda shrugged off.

Stern was known for his racist, sexist, and homophobic jokes during this time, and Ronstadt, giving her two cents about it, told Quivers that Stern might be taking advantage of her.

What also made Ronstadt angry was during the interview portion of Leno to Quivers. When the host asked Stern’s sidekick if she could stand up for her gender and race, Quivers responded: “People tell me I’m supposed to, but I don’t find it necessary,” she said.

“I can tell you as a woman and a Mexican American I feel he [Stern] is very offensive and extremely irresponsible,” Ronstadt fired back.

Everyone booed at Ronstadt and her stand against Stern, but we all knew who won the heated argument. You can watch the clip below.