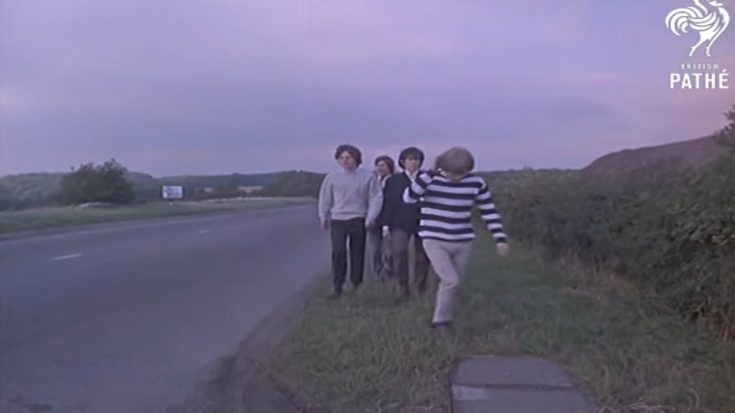 People used to go to movie theaters to watch the news before the invention of television. British Pathé pioneered the use of cinematic journalism, which combines news and drama for an audience, into a single package. Over the span of a century, it recorded everything from global wars and political earthquakes to the bizarre pastimes of average citizens. Almost certainly, British Pathé was there to record the event.

Among the many footages that the British Pathé laid their hands on was a rather entertaining video of the British rock group The Rolling Stones. In the middle of their burgeoning careers, the Stones were “just another lot of hitchhikers” that was funny not to be watched.

In London in 1962, a band of restless, teenagers emerged from the streets. As friends, they are the prototypical contemporary rock band. Even a cursory examination of this old film footage reveals that. When rock music was first starting off, these musicians were just a bunch of youngsters having a good time, with outfits that were nowhere near the type of luxury they could afford many years later.

The footage was shot two years into their promising careers when they were just on the cusp of popularity and on the cusp of joining the border of the British Invasion. The snobbish guy sums them up perfectly: “five of the most famous men in show business.” They were charming and innovative, and they appeared to seize the cultural zeitgeist by the collar. So, even though they seem to be having fun in the clip, this is truly a major turning point in their careers.