Watch The Police Take Over Giants Stadium In 1986 Performance 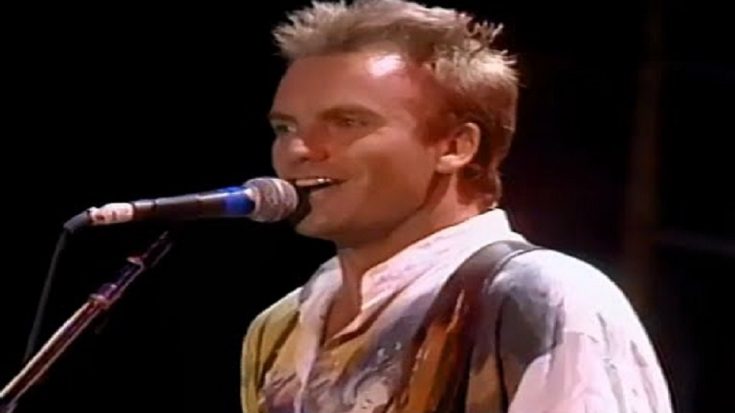 In June of 1986, an extraordinary array of musicians got together for a benefit concert entitled “A Conspiracy of Hope” to celebrate Amnesty International’s 25th anniversary and bring attention to human rights concerns.

In six U.S. locations, the artists actively engaged audiences on human rights and dignity, inspiring a younger generation to take action to release prisoners of thought throughout the world. U2, Sting, and Bryan Adams were the headliners, and Peter Gabriel, Lou Reed, the Neville Brothers, and Joan Baez filled up the supporting cast. Public service announcements featuring the singers were filmed with the help of Hollywood A-listers and industry titans such as Robert de Niro, Bill Graham, Michael J. Fox, and Muhammad Ali appeared on several occasions, joining the musicians.

Apart from the aforementioned artists, Sting performed as a solo act with his touring band for the first three shows of this tour, then The Police reformed to assist boost the tour’s popularity for the remaining three nights. The members of the band had disbanded after the Synchronicity Tour ended in March of 1984. The Police would not perform again as a group until the final night of the tour and would reform once again only until their induction into the Rock and Roll Hall of Fame in 1993.

Watch the full performance of The Police on one of the conspiracy tour nights below.