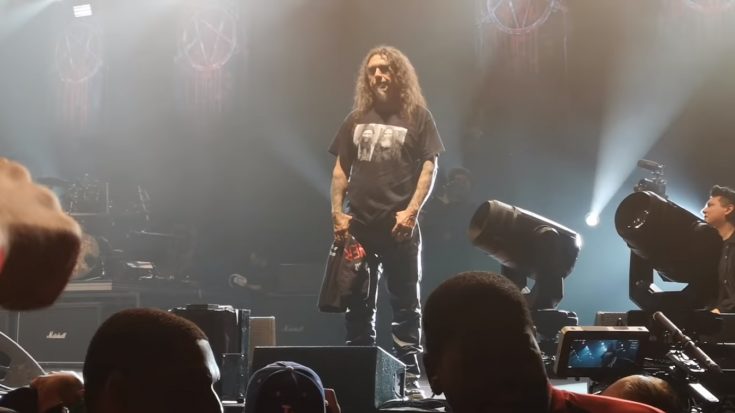 Slayer at the last date of their farewell tour - bunte-ansichten.de / Youtube

Thrash metal band Slayer has just played their last ever set at the Forum at their hometown of Los Angeles on November 30th, marking the final date on their farewell tour. The band opted to play “Angel Of Death” as their swansong, with the band members Terry King, Tom Araya, Gary Holt, and Paul Bostaph absorbing the fans chanting the band’s name for a few good minutes after the performance. Araya then did the official farewell speech, which was brief but emotional.

Slayer has been rocking it out since 1981, and just agreed on marking their farewell with a tour early last year. Araya said it has been getting harder for them to live the life on the road, saying, “Thirty-five years is a long time. There’s things that have gone on in my life that have made me change how I play as a bass player. I had neck surgery, so I can’t headbang anymore. And that was a big part of what I enjoyed doing what I do — singing and headbanging.”