Watch The Complete Ozzy Osbourne Interview On Letterman In 1982 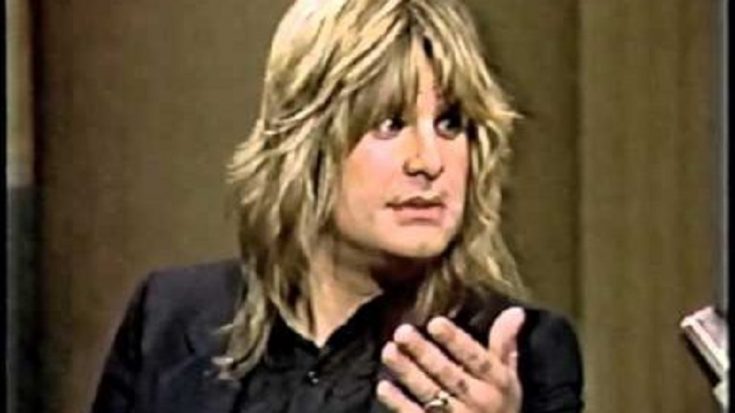 It’s hard to lose an important figure in your life, then go on and proceed to live as if nothing has happened. When Ozzy Osbourne lost his dear friend and bandmate Randy Rhoads in a plane crash in 1982, everyone expected Osbourne to cancel his plans for the week, but never did.

The death of guitarist Randy Rhoads in a plane crash on March 19, 1982, along with seamstress Rachel Youngblood, shattered Osbourne’s life at this time. Whereas most people would have retreated from public view to begin the agonizing process of mourning in private, the Prince of Darkness made his first television appearance since the accident less than a week after Randy’s death, as a guest on The David Letterman Show.

In the years following his departure from his old group, Black Sabbath, Osbourne lived through lots of controversies: from his excessive drug use and reckless actions that involved him chewing a bat’s head (it was a rubber toy, he clarified later on) and peeing on the grounds of Alamo. It’s safe to say that he cultivated a rather bad-boy image, but the death of his dear friend set him on edge, and we see him show a rather soft side that we do not often notice.

The 7-minute interview displays Osbourne sharing his thoughts on several topics: his infamous bat moment, his first job, and some others. But the real turning point of this chitchat was when Letterman shifted the conversation to the death of Randy Rhoads. Osbourne didn’t comment a lot about the accident but did give a meaningful statement regarding it.

“All I can say is that in the last week I’ve lost two of the greatest people in my life. But it ain’t gonna stop me cause I’m for rock and roll, and rock and roll is for the people, and I love people – and that’s what I’m about.”

He also vowed to continue his Madman tour, because that’s what Rhoads would’ve wanted for him. Watch the interview below.