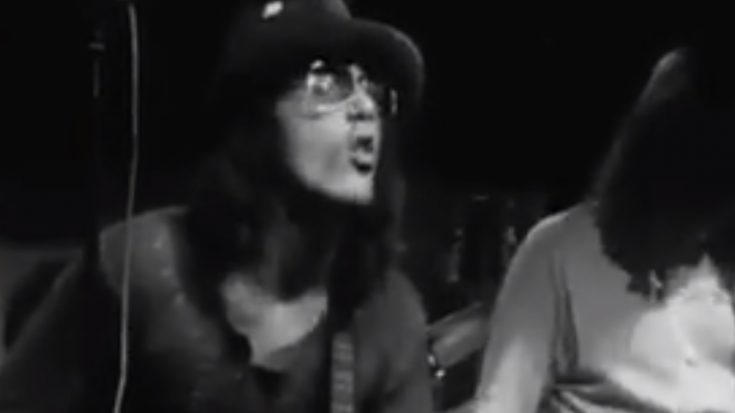 Considered as one of rock’s most influential tracks on record, Iron Butterfly’s “In-A-Gadda-Da-Vida” contains one of the best representations of psychedelia in the genre. It was supposed to be titled “In The Garden of Eden”, but songwriter Doug Ingle imbibed too much wine while writing the song. Drummer Ron Bushy misheard it and wrote “In-A-Gadda-Da-Vida” instead, which led to it being used as the title due to mysticism being a thing back then and record executives wanted to capitalize on its popularity, primarily due to the Beatles and The Rolling Stones.

Ingle’s organ sections are notable in the song, being influenced by his father who was a church organist. The song covers the entire second side of the album, with each of the Iron Butterfly’s members taking turns in dishing out their individual musical skill before joining together again for the last hurrah – amounting to 17 minutes of rock goodness that hasn’t faded till today.

Watch Iron Butterfly perform “In-A-Gadda-Da-Vida” live in 1971 by clicking on the video below.