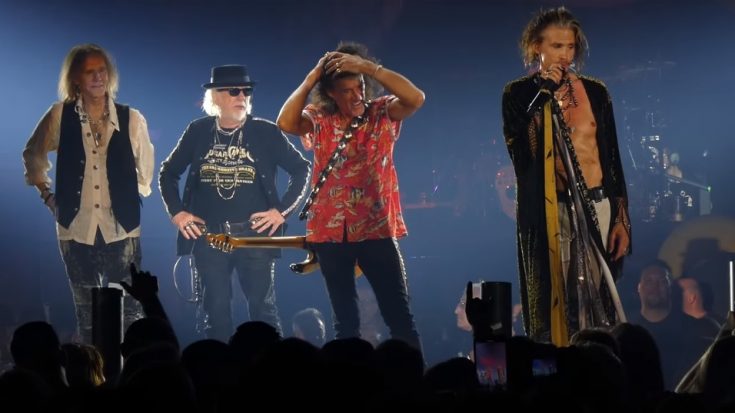 Steven Tyler has been known by his outgoing rocker attitude, especially with Aerosmith’s live performances. Every move is bursting with energy, every vocal stretch screams vitality, and it’s this infectious disposition is what drives the band and the crowd to sway, jump, and dance with the music.

Tyler’s sense of humor is another thing as well, taking every day sights and happenings into another level with his humorous take on them. This is most evident on his social media page, posting hilarious pictures with even more hilarious captions, eliciting laughs from his fans worldwide.

This overflowing energy from the Aerosmith frontman makes it hard to imagine that he’s 71 years old, with every move and groove from his hey day still present in his recent performances. Speaking of recent performances, their show at the Borgata Event Center in New Jersey was a sight to behold. After the band performed their hit “Walk This Way”, Tyler went on to introduce the band members and have a little chit-chat with the audience. He singled someone out from the crowd, saying he looked unhappy. Watch the video for the hilarious interaction between the singer and the fan now!