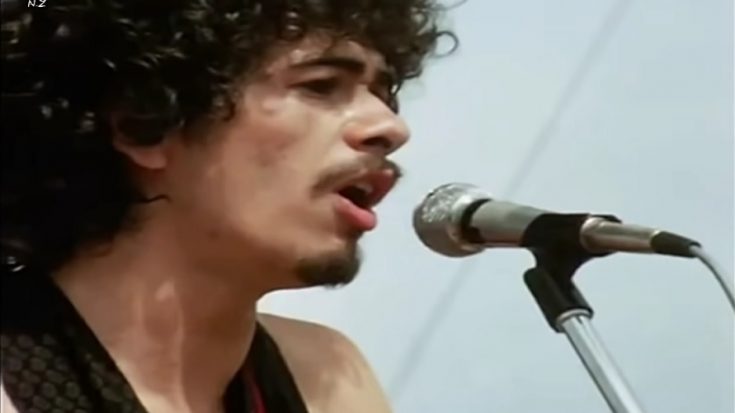 One of the lesser-known bands at 1969 Woodstock was Santana, a psychedelic jam band from San Francisco that fused blues rock with Latin and African polyrhythms. Bill Graham, the festival’s manager and the most influential music producer, was largely responsible for getting them included in the lineup – which was only forced onto them.

Thankfully, by the time Santana stood up onstage to what seemed like thousands of people watching, style captured the sea of the audience, who were blown away by not just the drugs they were using, but also by Santana’s unique blend of music.

In Carlos Santana’s interview with The New York Times, the lead guitarist recalled the time the band was called onstage to play their set, early in the afternoon. It’s safe to assume that most of the audience present didn’t know anything about this newbie band, who was yet to release their debut album, post-Woodstock. But Bill Graham knew already that with Woodstock’s exposure, their popularity will surely rise more than what was anticipated of them.

“Bill invited us to his house in Mill Valley,” Carlos said. “We were still living in the Mission [District] in San Francisco. He said, ‘There’s going to be a concert that’s going to change your whole life. I need for you guys to really hear me: After this concert, people are going to start looking at you the way they look at the Doors and Jimi Hendrix. You guys will get in trouble because your heads are going to get so big, you’re going to need a shoehorn to go in a room.’ We rolled our eyes and we go, ‘Bill, we’re from the Mission. We don’t buy into that rock star thing.’”

Santana also mentioned how he was tripping over the Mescaline hallucinogenic that Grateful Dead’s Jerry Garcia gave to him, right around his gig.  “You can tell by my body language,” Santana added. “I’m wrestling with the guitar — not wrestling in conflict, but like a surfer, wrestling to maintain and sustain a balance.”

Nevertheless, Carlos Santana surprised listeners with his slashing, deft guitar playing and a rhythm section that featured two percussionists, something unusual in rock bands at the time. Below, you can check out the band’s performance of “Evil Ways” at Woodstock.