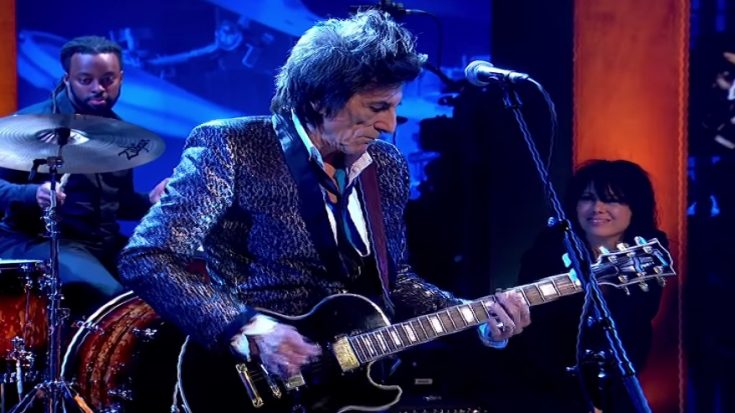 Ronnie Wood is here to pay tribute to one of the greatest rock musicians ever, Chuck Berry.

Berry’s influence on the long line of artists proved to be the reason why he is a legend in the music industry. With his “Johnny B. Goode” single, he rose to stardom and became the very first person to write a rock song about becoming a famous rock artist.

Along the extensive line of artists was Rolling Stones’ Ronnie Wood, who, like most of his bandmates, view Berry as a tremendous hero of music. Wood even went to lengths to pay tribute to his late hero by releasing his Mad Lad: A Live Tribute to Chuck Berry album back in 2019, containing Chuck Berry’s classics, all in Ronnie Wood’s version.

Wood’s “Johnny B. Goode” performance in Later… with Jools Holland on BBC was one of the few tasteful versions that we can expect inside his album. Featuring Imelda May, the duo seized a stylish rendition to Chuck’s single, while still retaining the authentic groove from the original. It’s something that you shouldn’t miss if you’re a fan of both Berry or Wood, or just the whole music in general.