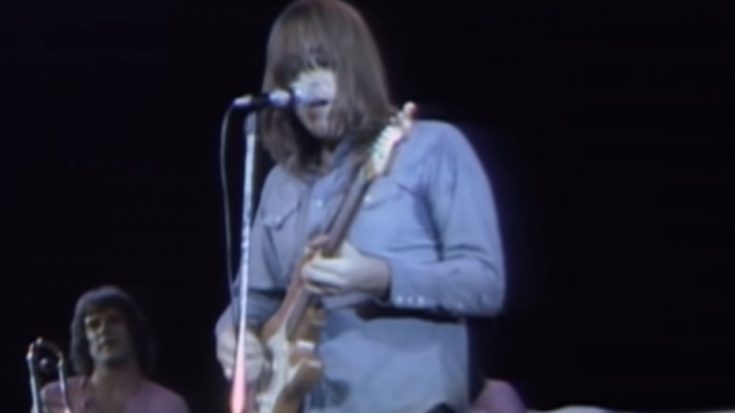 Terry Kath with Chicago live in 1970 - Chicago on MV / Youtube

One of the greatest cuts of Chicago’s sophomore release was the track “25 or 6 to 4”. Penned by keyboardist Robert Lamm, the song referred to the time of the day when he wrote the song, a literal take that became a great figurative hit.

“I was living with a bunch of hippies up above Sunset Strip. One of the advantages of this particular house was that it was in the Hollywood Hills and I could look out over the city late at night,” Lamm shared on The Chris Isaak Hour. “I wanted to try to describe the process of writing the song that I was writing. So, ‘waiting for the break of day, searching for something to say, flashing lights against the sky’ – there was a neon sign across the city. That song came from the fact that it was 25 or 6 to 4 a.m. in the morning when I looked at my watch – I was looking for a line to finish the chorus.”

The song also became a great way to highlight Chicago’s brass section, which was a phenomenal part of the track. But what most people miss is Terry Kath’s burning solo in the middle of the song. The band makes room for Kath as he dishes out his evocative solo, giving listeners that gritty performance that they deserved. Considered as one of the most underrated guitarists in rock music, Terry Kath caught the eye of the deity himself, Jimi Hendrix, named by the pioneer as one of his favorite guitarists.

Relive how Kath serves his solo on a live performance in 1970 by clicking on the video below.