Watch Lindsey Buckingham Shred Some Strings With “On The Wrong Side” 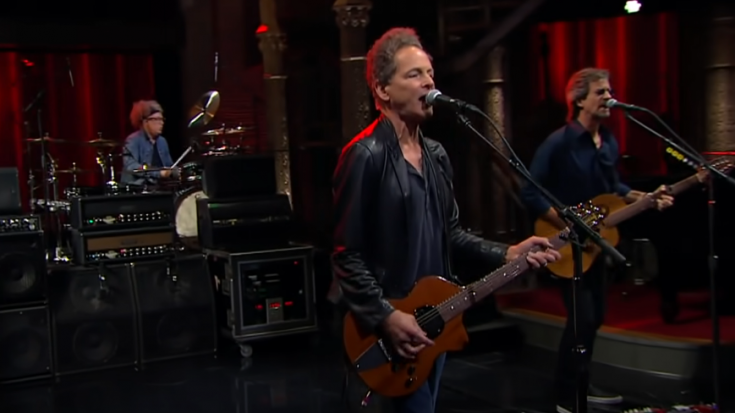 Lindsey Buckingham might be a name associated with Fleetwood Mac, but over the years, he has earned a good reputation for being an artist of his own right. Over the course of his career, he has penned numerous songs and created wonderful albums fit to be praised in many ways.

Now venturing to another chapter of his life, Buckingham launched a North American Tour earlier this month to support his eponymous solo album. Although it’s set to wrap up by September 30 this year, another extension will happen on December 2nd in Los Angeles.

Lindsey Buckingham is the first solo album of the famed singer/guitarist since his departure from his old band. Not to mention, his 2011 solo album Seeds We Sow and the 2017 collaborative effort of him and his former bandmate Christine McVie.

Aside from the frequent touring, Buckingham also lends time to appear on The Late Show with Stephen Colbert to perform his newly-released song, “On the Wrong Side.” The track is a real gift to the rock and roll music, with a catchy, unforgettable chorus: “I’m outta pity/I’m outta time/Another city, another crime/I’m on the wrong side,” and a remarkable guitar solo.

Make sure you’d watch the performance below.