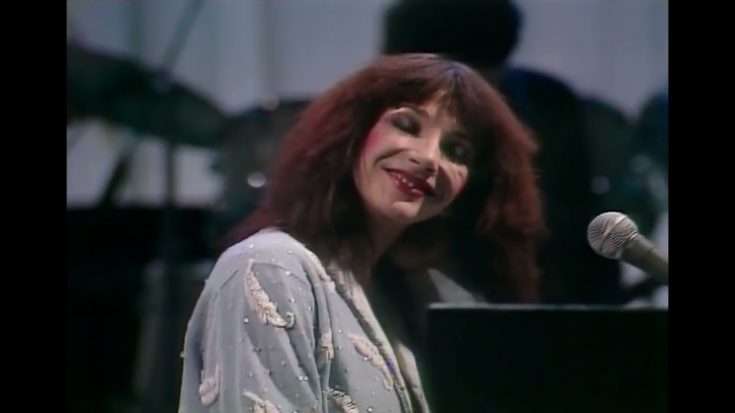 Nothing beats the spirit of holidays as we listen to our favorite artists singing some Christmas tunes. Even more so, than when they do it in an event specifically catered for that matter: Christmas specials.

Back in 1979, Kate Bush decided to join in on the festivities by providing a 12-track setlist for her own Christmas special. For that matter, he is joined in by fellow musician and ex-Genesis member, Peter Gabriel, who, like Bush, is known for his on-stage theatrics that actually made Genesis become well-known.

During the time that Bush was hard at work on her album Never For Ever and had recently produced her album Lionheart in 1979, the BBC ran a Christmas special with a simple title named, “Kate on-screen.” Moreover, she recently finished her hugely successful concert tour, Bush’s Tour of Life, and she used all the stage antics she had used during the tour for the entirety of the 43-minute performance.

The video below shows the great Kate Bush perform a series of songs coupled with her theatrics on stage. Peter Gabriel joins her for a couple of songs: “Another Day” and “Here Comes The Flood.” One part shows the singer performing her song “The Wedding List” with her plotting to kill her husband with a gun, and with him walking back from the dead and lifting Bush in his arms, as she dies. Indeed, it’s not one to be missed out on.