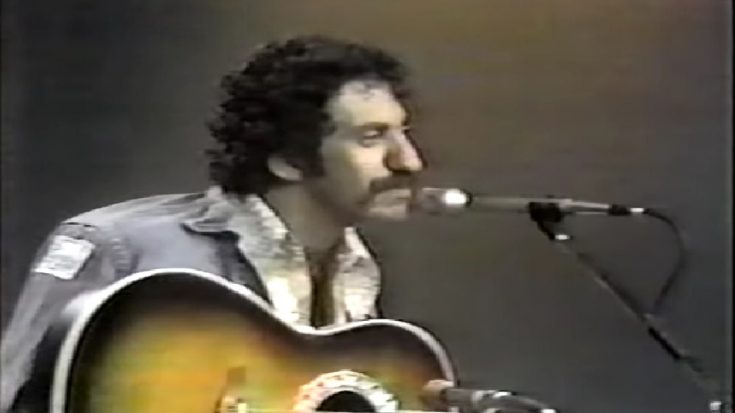 It breaks out hearts that Jim Croce’s career was cut short before it might have reached its full potential. There were only seven glorious years of Croce’s artistic output before his untimely death in 1973. This singer only had a brief period of success, yet within that time, he created some of the most adored songs of all time.

No matter how much we appreciate Jim Croce’s songwriting ability in the studio, his greatest success came from his tremendous talent onstage. Hits including “Operator,” “Bad, Bad, Leroy Brown,” and “Time in a Bottle” were written by him, and he recorded four albums and countless singles throughout his career (with I Got a Name being released after his death).

So for fans and music lovers alike, we unearthed a fantastic tribute video dedicated to Jim Croce, courtesy of the YouTube channel MyInnerEyeMike, with compiled videos of Croce performing in his lifetime. Some of the ever-familiar songs in his catalog were performed, including some exclusive interviews from those who have met him and cherished him and his career.

The assembled footage is an hour long, giving us ample time to explore more the fantastic life that was lived by none other than the one and only, Jim Croce.