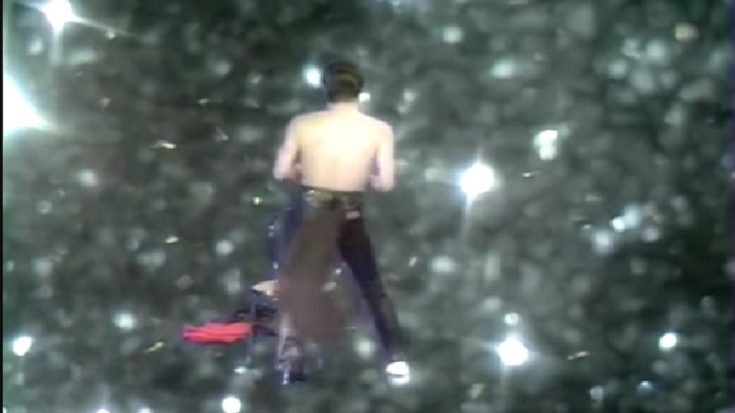 No one else can rock a stage like Iggy Pop. If you’re having trouble remembering what makes Iggy Pop an absolute legend in the arena of rock music, you can check out this clip of him performing his 1977 hit “Lust For Life.”

This clip, presumably from a TV show broadcast in 1977, captures Iggy at the peak of his career. He works himself up into a frenzy, then crashes and burns before rising with renewed vigor in front of a crude green screen representing a future background for his antics. It’s absolutely fantastic if you’d like us to generalize it.

While David Bowie and the former Stooges frontman were rehabilitating from heroin addiction in Berlin (the “heroin capital of Europe”), they wrote “Lust For Life” in a hotel room while watching American television on the Armed Forces Network and fighting off the impulse to shoot up. The AFN station ident was played between shows. At some point, Bowie got up, grabbed his son Duncan’s ukulele, and started playing the same staccato rhythm. The two buddies worked quickly to give the riff a sturdy framework. Furthermore, it was Bowie who suggested the title “Lust for Life” to Iggy.

Pop used a kind of impromptu lyrical delivery he’d perfected while performing with The Stooges when they entered the studio. The end result was a set of lyrics that were completely ridiculous while yet being excellent.