Watch Glen Campbell Duet With Captain & Tennille Back In The 70s’ 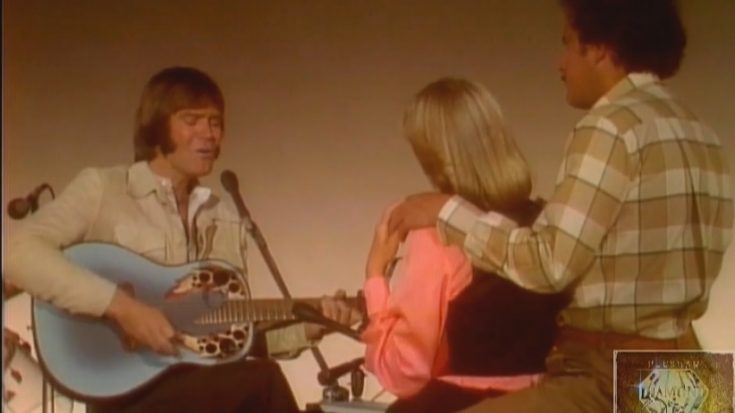 Daryl Dragon started as a classically-trained pianist who worked with the Beach Boys back then and even recommended Toni Tennille to the band when they were in search of an extra keyboardist. She toured with the band as a result, and even gained the moniker of the Beach Boys’ one and only “Beach Girl”.

Glen Campbell was also a touring member of the band, filling in for Brian Wilson’s bass and vocal harmonies when needed. The three reunited many years later when they had names for themselves, recording a song by Tennille that was released on their first album, Love Will Keep Us Together.

In this performance, Tennille introduces the act before dishing it out in front of the audience. “This is the first time that we have ever played together. And this is kind of a country song that I wrote called ‘Feel Like a Man.’ Now, Glen’s gonna play electric guitar and Daryl’s gonna play the clavinet – which is kind of an interesting keyboard,” she said.