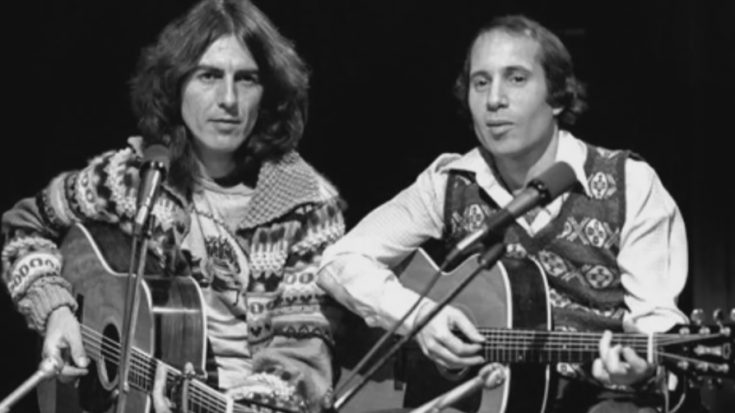 In one particular episode of Lorne Michael’s Saturday Night Live, the producer jokingly offered the Beatles a reward of $3,000 to get them back together. Nobody expected the band to take the sketch seriously until George Harrison walked in to cash on the cheque and deliver his request, even if it didn’t include the other members.

Michaels’ deadpan delivery on the intro of this episode made the situation hilarious. The producer found a way to bank on the recent squabbles of the members, touting them of a live reunon on national TV and offering a sum of $3,000 for the feat.

“‘She Loves You,’ yeah, yeah, yeah—that’s $1,000 right there. You know the words. It’ll be easy. Like I said, this is made out to ‘The Beatles.’ You [can] divide it any way you want. If you want to give Ringo [Starr] less, that’s up to you. I’d rather not get involved,” his challenge went.

Reports were alleging that Paul McCartney and John Lennon were watching the show together at the latter’s Dakota Apartment that night, and were even seriously considering to take up the offer. Michaels being the cunning fox that he was, once issued another challenge to the band. “I was able to convince NBC to sweeten the pot. John, Paul, George [Harrison] and Ringo—we are now prepared to up the original offer to $3,200,” he said.

Only Harrison would answer his offer, however, after the passing of several months. He arrived at the studio as a part of the skit, with his guitar strapped to his back and his hand poised to “receive” the check. Michaels responded with: “See, I thought you would understand that it was $3,000 for four people, and it would just be $750 for each of you. As far as I’m concerned, you can have the full $3,000.”

Harrison replied, saying, “That’s pretty chintzy.” Of course, everyone knew Harrison was worth more than that, and he was simply there to provide what the masses have been craving for so long. He performed with the legendary Paul Simon as they both dished out “Here Comes The Sun” and “Homeward Bound”.