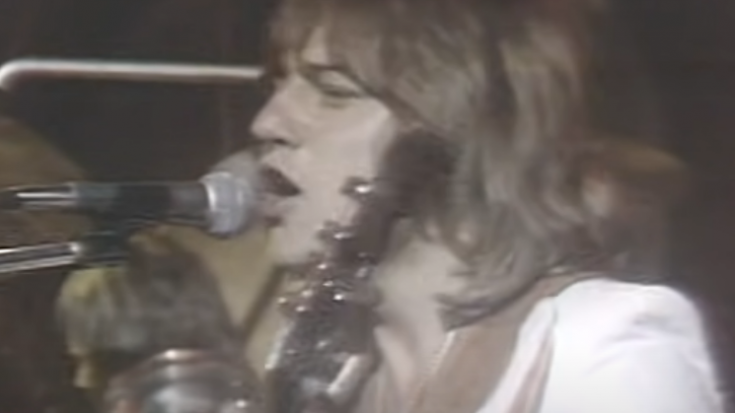 It was 47 years ago that the world saw the emergence of the Emerson, Lake & Palmer phenomenon right at the large stage of Ontario, as they perform on one of music’s last rock festivals in 1974: The California Jam.

The event, which happened at the Ontario Motor Speedway, held an incredibly large crowd of 200,000 people on a warm and sunny day in California. It was produced by ABC Entertainment and also featured several artists such as Rare Earth, Earth Wind and Fire, the Eagles with guest Jackson Browne, Seals and Crofts, Black Oak Arkansas, Black Sabbath, and Deep Purple.

ELP became the festival’s closing act, and their set, according to Greg Lake, was said to be one of the greatest performances in the history of the band’s career. They performed 7 songs, with piano improvisations at the middle courtesy of the ranging talents of Keith Emerson. Robert Hilburn of The Times labeled ELP as day’s “Most Dynamic Set,” and the Eagles as the “Most Effective.”

Carl Palmer remembered fondly of the band’s seminal performance in his introduction from ELP’s DVD of the 1974 event: “My memory of the California Jam is extremely vivid to this day,” Palmer wrote. “The scale of the festival was the biggest we had ever played. To this day it remains the biggest audience. The colossal amount of British talent that was on this bill I have not experienced since, anywhere else in the world. This was a monumental moment in the history of ELP and will always be remembered by myself with great pride.

Take a look at ELP in full glory as they perform their classic hit, “Karn Evil 9, First Impression Part 2” below.