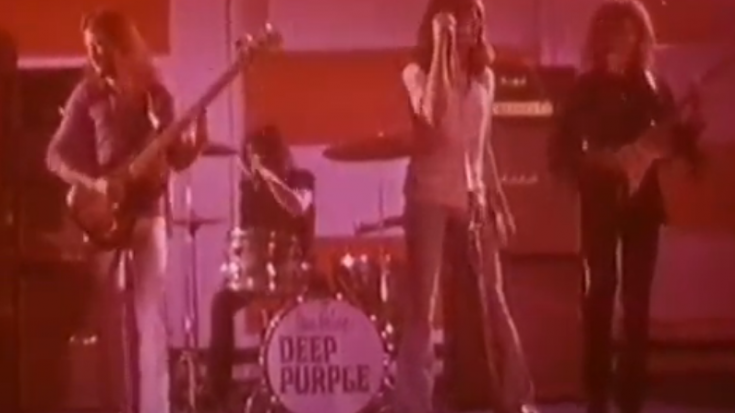 Bands often complain that record labels put pressure on them to write a hit single, but in most cases, these methods work. When Deep Purple wrote their hit song “Black Night,” this was exactly the situation. Watch the band perform it in full charm with the video presented below.

Deep Purple’s “Black Night” (1970) was the band’s first-ever release of a single. It instantly became a hit, peaking at No. 2 on the UK charts and becoming Deep Purple’s highest-charting UK single. One of only two songs from the band to chart in Ireland, it peaked at No. 4 and is the band’s only Top 10 hit in the country.  Additionally, the band’s second non-album single peaked at number 6 in South Africa.

In a 1988 interview with Metal Hammer, bassist Roger Glover explained how the band came up with the song: “I love the way that song was born. It happened one night in the studio after we finished Deep Purple In Rock and the management were screaming for a single because there wasn’t an obvious single on the album.” Since Deep Purple wasn’t exactly a “single’s band,” they thought they’d tease their management and create one. Many hours (and drinks) later, Ritchie Blackmore picked up his guitar and molded the song’s riff, which they worked on later.

Almost immediately after its release, “Black Night” found its way onto the setlist, where it is now frequently heard in live shows. Even after Ian Gillan and Roger Glover left in 1973, Ritchie Blackmore frequently played snippets of the song as part of his improvisations on guitar. When Deep Purple was reformed in 1984, it was reintroduced to the main setlist, and even has numerous versions inside the band’s live albums.

Watch the band’s performance of the song inside BBC’s music program in 1970.