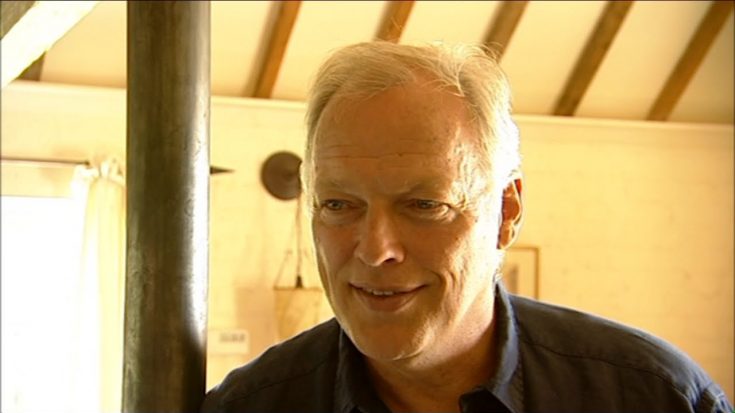 The Pink Floyd and Syd Barrett Story is an eye-opener to many fans and alike who wanted to explore a little bit more of the band’s real side. A documentary directed by John Edginton, the film shows the stories behind Floyd’s success, their career as one of the greatest musicians in history, and of course, their fallen leader and their friend, Syd Barrett.

While the documentary was released back in 2001, fans can now have the access to some of the interviews on YouTube from the band members themselves. Among the particular interviews mentioned was from Pink Floyd’s lead guitarist, David Gilmour. Filmed in his home studio, he explored the stories of his career and his relationship with Syd Barrett.

Gilmour rose to prominence as the 5th person to join the group, who eventually replaced Barrett from his responsibilities. While the Gilmour-era of Pink Floyd spawned the greatest albums namely: Dark Side of The Moon, Wish You Were Here, and The Wall, it was never a question that Barrett became one of the inspirations to these records.

The 35-minute long talk generally mentions Syd in every story. Whether the backstories of the band during the Barrett era were awkward, etc., did the members felt guilt with how they treated him, his 2 solo albums, the story behind Wish You Were Here, and the song, “Shine On You Crazy Diamond” and many more. Gilmour was eloquent in explaining, and he never for once said a bad thing about his old friend.

As the interview came to a near end, Gilmour then explored some of the riffs that he created, and the guitars that he owned that occupied his background throughout the entirety of the video.