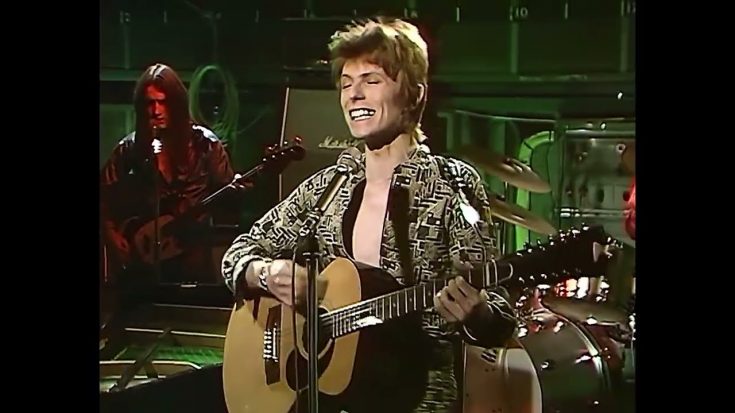 David Bowie was invited to perform on the classic rock and roll television show The Old Grey Whistle Test in 1972, right before he headed out on one of the most memorable tours of his life. In the restored video in HD below, we can see him perform his song “Five Years,” from the album that started it all, The Rise and Fall of Ziggy Stardust and the Spiders from Mars.

By the mid-1973, Bowie was pretty much tired of playing his alter-ego Ziggy Stardust and felt that the role he’d been playing for months now had grown worn out. So, on 3 July 1973, he decided to announce in his concert at the Hammersmith Odeon in London that he will be retiring from the role of Ziggy, as he no longer can differentiate his true self from the one he made with his mind.

Still, there were a lot of things to adore from Bowie’s alter personality. For starters, it became the musician’s most famous character, launching his career to great heights. Second, it gave Bowie a musical outlet that didn’t necessarily let him be himself, which was great since he’s still looking for it. And third, it gave us, audiences, some of the finest Bowie performances you could ever think of.