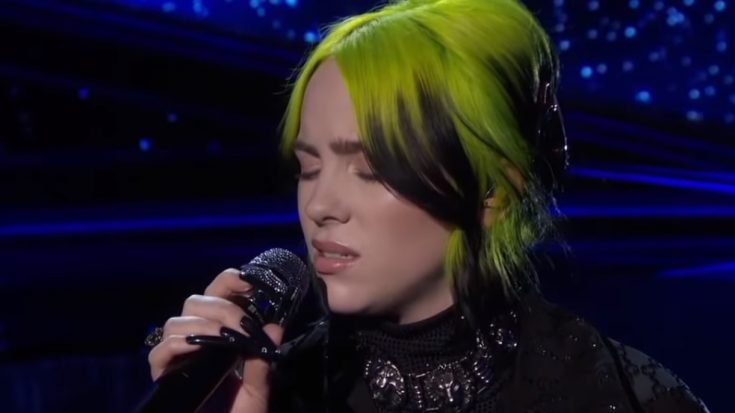 Watch budding pop star Billie Eilish cover The Beatles’ “Yesterday” at the 2020 Academy awards on the video below.

This profound performance was part of the “In Memoriam” segment of the awards show. While Eilish is known for her danceable pop tracks such as “Bad Guy”, “Bury A Friend”, and “All The Good Girls Go To Hell”, she gave a reserved rendition of the Beatles classic in her Oscars performance. She was accompanied by her brother and constant collaborator Finneas on the piano as she sang the song. Pictures of well-known film industry icons that have passed away were shown on a big screen as Eilish performed.

The Oscars is another achievement on the young artist’s already-impressive 2020 run, as Eilish bagged five Grammy awards in January, which included ‘Best New Artist,’ ‘Record,’ ‘Song’ and ‘Album of the Year.’ It was also by this time that it was revealed that she will be doing the next James Bond film’s theme song. Also, Billie Eilish will be set to embark on a world tour this March.