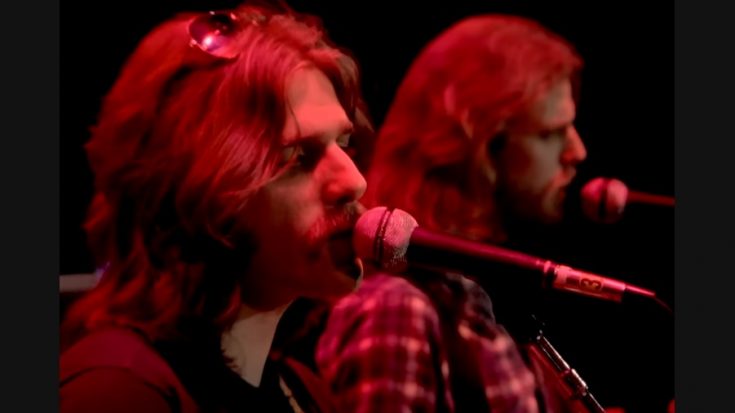 In the long line of intense and powerful rock bands, nothing beats the way the Eagles blew the world. With their charismatic and unforgettable albums and records, they were among the greatest of greats, and it’s a clear fact that the guys will remain superior for hundreds of years to come.

But while it’s best to just admire their work alone, sometimes it’s inevitable for fans to look at what’s happening inside the core of these talented musicians.

In an interview with Tara Brown for the show 60 Minutes Australia, the five members namely Don Henley, Glenn Frey, Joe Walsh, Timothy B. Schmit, and Bernie Leadon were there to face Tara Brown and discussed their lives in the fast lane.

A lot of stories were shared, particularly the hit songs that the band had produced in the long span of their careers. their collaboration with each other, the ups and downs to it, and the natural charm these guys have that made them such a great hit-making machine of the 70s.

Among the discussions were the band’s heavy use of drugs and alcohol. Like any other artist in the 50-mile radius, the band had endured the lifestyle of a real rockstar, especially Joe Walsh. The interview was full of hilarious confessions, and a lot of interesting anecdotes, all in all.