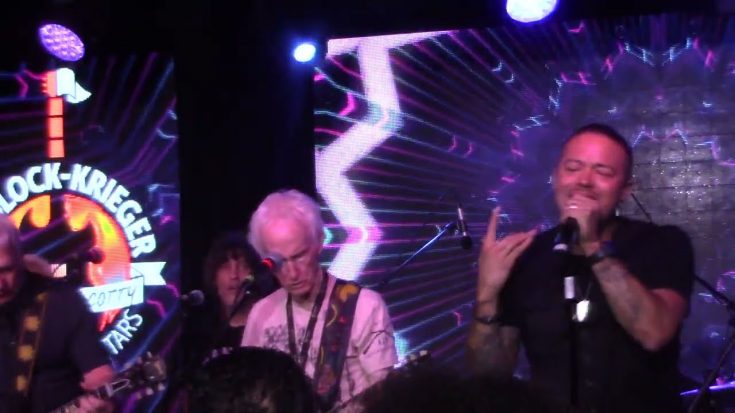 We all love to see our idols working with fellow legends. Fortunately, during a recent charity concert in California, guitarist Alex Lifeson of the legendary band Rush and Robby Krieger, guitarist for The Doors, jammed together on the Santana classic, “Evil Ways,” to the delight of the crowd.

The guitar superstars were the main draws at Bogie’s in Westlake Village, California on October 24 for the Medlock-Krieger all-star benefit performance. The performance was dedicated to the memory of Scott Medlock, a 53-year-old artist who lost his battle with illness in November 2021. Medlock and Robby Krieger were close friends, and in 2008 they started a charity concert and golf tournament to raise money for two causes: the Pat Tillman Foundation, which awards college scholarships to veterans and their spouses, and St. Jude Children’s Research Hospital, which focuses on researching and treating childhood cancer and other diseases.