Watch A Majestic Live Performance Of ‘Pigs’ By Roger Waters 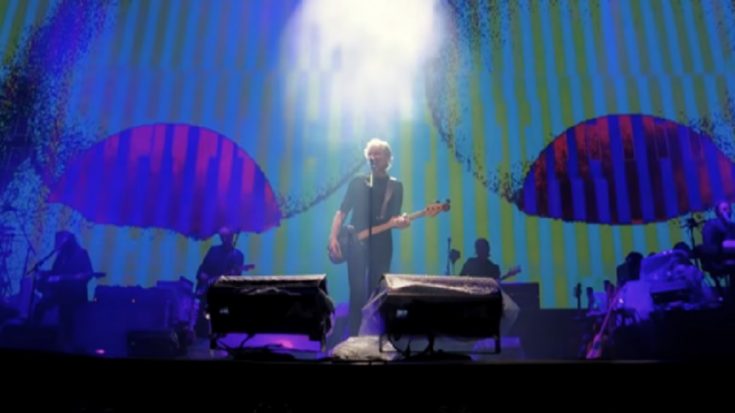 Roger Waters is the diesel of the Pink Floyd engine; after the departure of their former leader Syd Barrett, Waters assumed the role as a primary lyricist and gave Pink Floyd outstanding leverage to progressive rock. He is the driving force of the albums Dark Side of the Moon, Wish You Were Here, Animals, and The Wall— all of which remain extremely influential even in today’s current standards in music.

Their political-driven concept album named Animals was a huge leap from their previous works. Its tales speak of the socio-political issues in the mid-70s, yet its impact remains relevant especially in the later years’ political climate. Among the songs included in the album is “Pigs (Three Different Ones),” which, according to Rogers, represents the people up at the social ladder, and therefore exercises the power of manipulation and abuse. The song is sometimes included inside Pink Floyd’s setlists, and it also was included during Waters’ 1987 tour in support of his debut solo album, Radio K.A.O.S. But after that, the song was no longer played, even during the David Gilmour-revived Pink Floyd, until 2016.

Waters’ opinion about politics is highly vulgar and powerful, which is why it’s only fair to him that he’d use thing song once again to campaign against the then-presidential candidate Donald Trump. Inside a brief tour in the US and Mexico, the singer performed the song for 11 minutes, and filled the stage with anti-Trump imagery, to encourage the minds of the people who are willing to listen. While the response from his concerts was mostly positive, some were keen to boo the singer due to him being too political. But, Roger Waters being Roger Waters, pay no mind for such.

You can watch his performance of “Pigs (Three Different Ones)” live from Zócalo Square in Mexico City below.