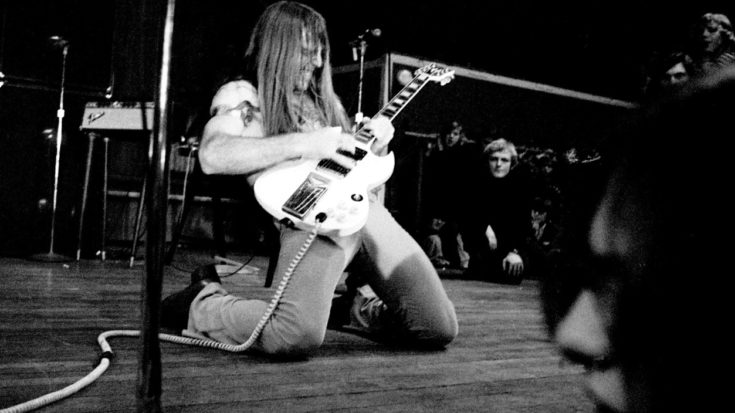 Written by GFR drummer Don Brewer, “We’re An American Band” is everything that is right with America and music in general. As the band’s first #1 single, the classic highlighted the vocal abilities of drummer Don, rather than Mark, lead singer of Grand Funk Railroad.

Fun Fact: Grand Funk Railroad drummer Don Brewer stood up during a night of heavy drinking and after bragging about American rock heroes such as Jerry Lee Lewis and Little Richard, proudly announced “We’re an American band!”. Inspired, he wrote the song the next morning; by late 1973, it was the top-selling song in the world.

With lyrics of a real, down- to- Earth band simply spreading music from town to town, “We’re An American Band” expressed the simple personality of the trio band as bad asses that liked to rock hard in front of a lot of people. As one of the greatest “garage bands” of the time period, Grand Funk Railroad really hit it out of the park with this one.

Enjoy this epic live performance of the rockers in their element performing one of the most loyal and patriotic rock songs of all time!