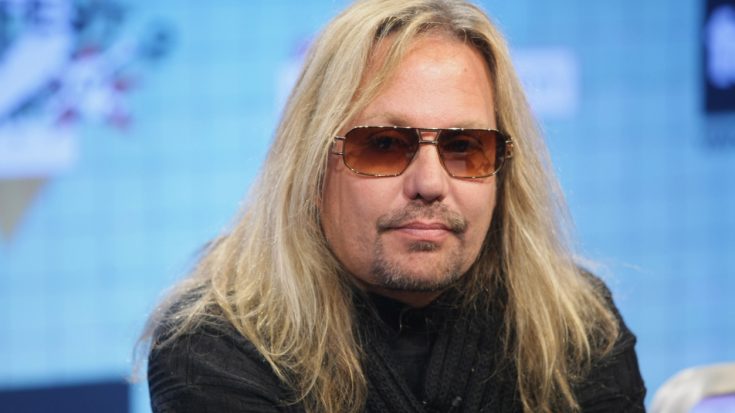 It’s been many years in the making and has suffered from more setbacks than any other rock biopic in history, but Mötley Crüe’s long-awaited biopic ‘The Dirt’ will finally premiere exclusively on Netflix on March 22. The best selling novel of the same name tells the story of how four misfits came together to form the most notorious rock bands in history.

The true story includes everything from unspeakable debauchery, to near-death experiences, to actual-deaths, to everything in between. Needless to say, this is all going to be a wild ride to see it played out in a movie. That being said, knowing the film was going to be made didn’t make singer Vince Neil any less worried.

During a recent interview with Blabbermouth, Vince spoke candidly about how his worries ahead of the film’s release. He admitted that he felt concerned that it may not be up to par, but once he saw the film, not only were his worries gone, he was ultimately blown away. Here is what he had to say…

“I was really pleasantly surprised, because I didn’t know if it was gonna be this really low-budget film. Because you can make really bad films very easily. But after the first 10 minutes of watching the movie, I forgot it was about us and I just was enjoying a really good film.”

“It wasn’t me that was nervous; it was actually the guy that played me who was nervous. He wanted to make sure he did a really good job. And he did. I think each guy that played each of the band members pulled it off — I mean, exact. You get everybody’s personalities right there on film. It’s pretty neat to watch.”

You can listen to the full interview below.

Are you excited for this film? If you’re a Mötley Crüe fan, you absolutely should be! Check out the awesome trailer below!