UPDATE: Woodstock 50 Not Cancelled After All 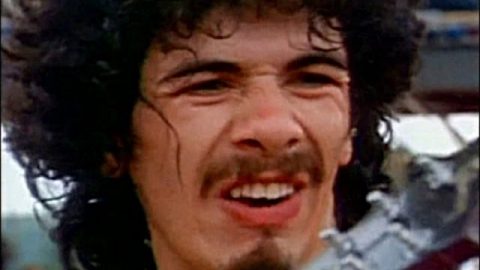 Oh what a turn of events. Yesterday according to Billboard, there was a statement by one of the festival’s financial backers of them pretty much pulling out, causing assumption that the Woodstock 50 was cancelled.

Also in a statement on The New York Times, Lang said:

They do not have the right to unilaterally cancel the festival.”

If you had plans on attending Woodstock 50 this August 16th-18th, then there is bad news for you. The event has officially been canceled as announced by the event’s organizer. In a statement released on Billboard, the company said they don’t feel production can be executed being worthy of the Woodstock name. With a bunch of contemporary artists like Jay Z and Miley Cyrus, many fans especially classic rock purists MIGHT not be bummed out anyway.

Through out the last few months, the Internet has been complaining about the lineup with many users saying it shouldn’t even be called Woodstock. With rappers going on stage before actual Woodstock ’69 performers, it’s not a wonder why many might feel so.

However the actual reason seems to be capacity and permitting issues concerns. The event already missed a deadline as far as opening ticket sales, and also many believe the venue Watkins Glen International Speedway, might not be able to contain the 100,000+ person event.

The story is still being updated…

Statement from the event’s organizer Dentsu Aegis Network on Billboard.com:

“It’s a dream for agencies to work with iconic brands and to be associated with meaningful movements. We have a strong history of producing experiences that bring people together around common interests and causes which is why we chose to be a part of the Woodstock 50th Anniversary Festival. But despite our tremendous investment of time, effort and commitment, we don’t believe the production of the festival can be executed as an event worthy of the Woodstock Brand name while also ensuring the health and safety of the artists, partners and attendees.”

Woodstock 50 festival has been canceled.

“We don’t believe the production of the festival can be executed as an event worthy of the Woodstock Brand name.” #Woodstock50 https://t.co/Kr2z11vX39 pic.twitter.com/Db7X9e1fRA

I think the first and fatal mistake about #Woodstock50 (@woodstockfest) is putting contemporary artists before legends..
Come on man, are you kidding? pic.twitter.com/1ysXxZDjOx