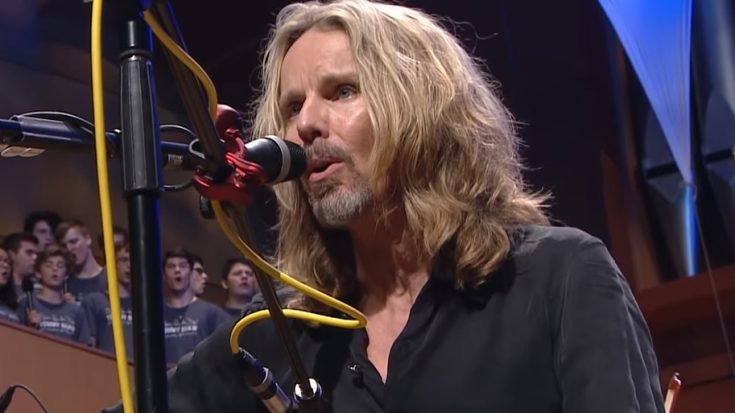 Tommy Shaw is sharing that Styx are almost done with their upcoming album and that it will be “ready to mix before you know it.”

Shaw disclosed the details in an interview for the Ted Nugent Spirit Campfire show, sharing each member’s progress on the record as a follow up to 2017’s The Mission. “We’ve got all the drums, we’ve got all the basses. I think I’ve done all my guitars. I’ve done most of my vocals. … We were writing and writing and writing. I got to the end of it. I had this other song. I was just burnt out. I was, like, ‘I can’t finish this song.’ So I kind half-assed finished it. So I’ve gotta go in and do it right,” he said.

He also noted that the final tracking depends on keyboardist and singer Lawrence Gowan and guitarist James Young. “Lawrence has already done a lot of his stuff. There are a couple of new songs that came around since we were all together. So we just have to flush all that out. Really, it’s just Lawrence. And James Young is coming. He’s gonna be here for however long it takes to get his solos and his vocals done. Who’s left? That just leaves Lawrence,” he added.

Even with the pandemic still limiting progress on any kind of work, Styx seemed to have made good use of their time, as it can be recalled that they were abruptly stopped in May due to the said conditions. Shaw also performed a classic prog cut by Styx, “Fooling Yourself (The Angry Young Man)”, with Cleveland’s Contemporary Youth Orchestra in a socially-distanced execution.