This Sweet, Sexy Birthday Gift Will Make You Wish YOU Were Steven Tyler’s Girlfriend 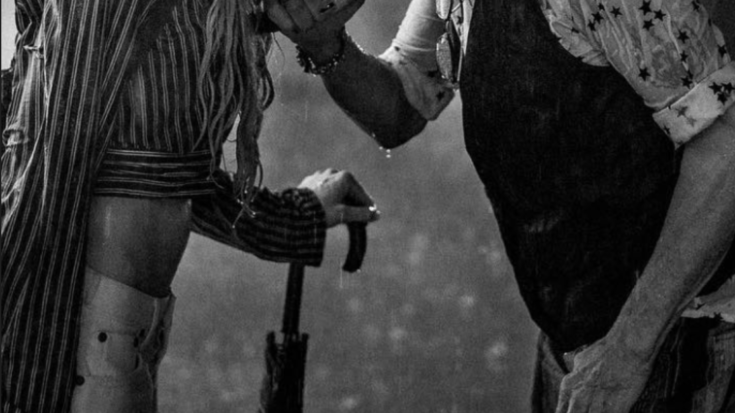 If you weren’t jealous of Steven Tyler’s girlfriend before, you will be!

The 70-year-old rocker took to social media this morning to send a little love to girlfriend Aimee Preston, who celebrates her 31st birthday today. The pair jetted off to Italy for a romantic birthday getaway, and while fans naturally aren’t allowed inside one of the most private parts of Steven’s world, he was kind enough to share a few glimpses of their time together – including the sweet birthday kiss the two shared in the rain.

SOME PEOPLE FEEL THE RAIN…OTHER PEOPLE JUST GET WET ((

Steven and Aimee’s relationship isn’t all that new, dating back several years; but for these two, love began as a working relationship.

Aimee, whose résumé included stints as a personal assistant to now President Donald Trump and Spice Girl Victoria Beckham, served as Steven’s personal assistant for a time before the love bug bit them both, taking their professional relationship to the next level. They’ve been inseparable ever since, and if you’ve been cruising around Steven’s Instagram account, you’ll see tons of pictures of Aimee and Steven canoodling and generally just having the best time ever in each other’s company.

And what a most perfect happy birthday it was! From the corners of everywhere…to all who poured the light in spirit and in person…thank you! He is the Pan.

All we want for

Sure, there’s a large age gap between Aimee and Steven – but of all the things we’ve gleaned over the course of their relationship, it’s that they make each other extremely happy. It’s one thing to be with someone to whom you’re attracted physically, but when you’re with someone who encourages you be yourself – completely, unapologetically yourself – and loves you for it? You’ve pretty much hit the relationship jackpot and you’d be a fool to let it go.