The Unexpected Effect of Ritchie Blackmore’s departure to Deep Purple 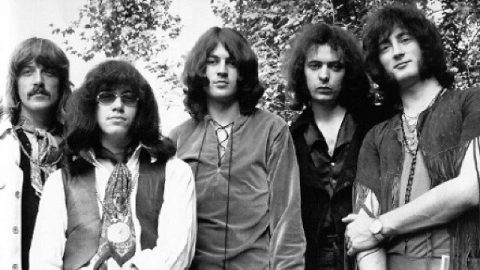 Deep Purple’s 25th anniversary celebration wasn’t exactly what the fans hoped for. On the 9th of November, 1993 at the NEC Arena in Birmingham, marked the beginning of the end of one of heavy metal’s forefathers. Vivid recollections of what happened that night started when the band opened with “Highway Star” but without Blackmore in sight. Fans began to worry as frontman Ian Gillan and Blackmore’s worsening beef wasn’t exactly a secret, but sighs of relief were heard when he joined halfway through the song in an intense solo, despite seeming clearly vexed. Blackmore’s bout of passive-aggressiveness erupted when a cameraman came too close for comfort for a shot, and was greeted with a splash of water to the face. Blackmore conclusively called quits after four shows, announcing he couldn’t do it anymore.

Years after Blackmore’s onstage tantrum and eventual departure, fans were left wondering of how the band must have felt at that time. Critics have pointed out how the band mellowed down with their style after Blackmore left, and how they were ghosts of the past whose worth was only for nostalgic motivations. All the tension, notoriety and unpredictability Blackmore possessed could be credited as Deep Purple’s rock claim to fame. Once an established rock legend, Deep Purple became shadows of their former selves.

However, all is not lost for the band. Gillan was quoted expressing his relief, “If Ritchie had stayed in the band, it would have been the end of Deep Purple. We were playing in small halls, and they weren’t even full — they were half empty — and Ritchie was walking offstage every night”. The band was progressively happier without the menace, and acknowledged the event as to how Deep Purple managed to push through to its 50th anniversary. The involved parties are seemingly in agreement that no reunion is to be expected, a testament on how not all that is broken needs fixing.