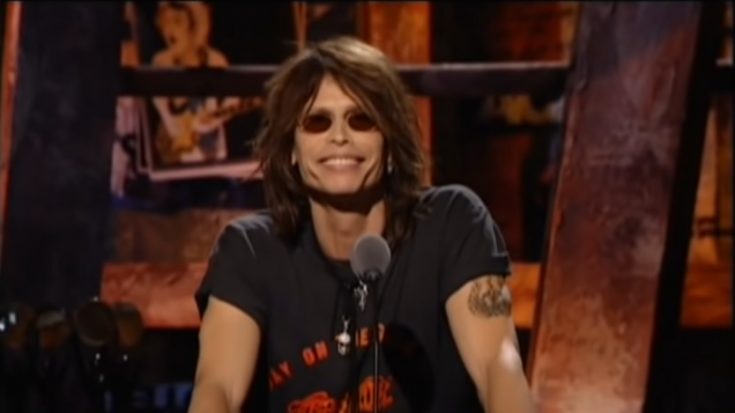 Looking back at Aerosmith’s history, it’s clear that the band’s journey has continued unabated through thick and thin. Despite the their steadily growing popularity with each subsequent record, they became infamous for their drug and alcohol misuse, it contributed largely to the group’s tensions.

Little by little, they were able to get their problems under control by participating in rehabilitation programs. The rest of the band members were worried that the group’s future would be doomed if lead singer Steven Tyler left. As time went on, he finished recovery and cheered on the band’s miraculous resurrection.

In an interview with PopMatters from 2014, Aerosmith’s lead guitarist Joe Perry discussed the band’s incredible career and its longevity. Perry stated that he knew he was with the proper people when the rest of Aerosmith reunited in Boston. From the beginning, he knew they were on to something special, and that nothing could stand in their way. Having heard the band perform, he had faith in their abilities. He also recalled a funny anecdote when Tyler came up to him to ask for an autograph, as a clue that the band will about to rise to top.

“There was one point when Steven actually asked me for my autograph,” Perry explained. “I can remember that he asked for my autograph because he said, ‘We’re on our way!’ I had to laugh; you know what I mean? As far as I was concerned, ‘Hey, we slept over in a truck. Tomorrow we still have to drive to blah-blah; we still have to do this.’ But it was before we had a manager or had gotten that far. That was one of the things that made the combination. Our version of the team, you know, the songwriting team.”

Tyler is indeed correct, Aerosmith went on to release several fantastic albums, wrote iconic songs, and sealed their name in the annals of music history.