The Story Of The Struggle In Making ‘Refugee’ By Tom Petty 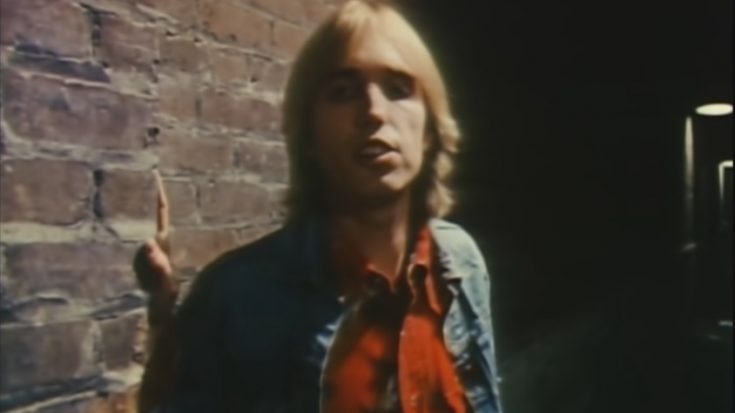 Tom Petty and The Heartbreakers saw the potential of “Refugee” in its creation, but they weren’t spared from trouble – which included conflict with the producer, one member being fired, and the song’s cowriter leaving town two days before things wrapped up.

Mike Campbell recalled on Brian Koppelman’s podcast, The Moment, how his wife bought him a TEAC four-track tape recorder which he experimented on along with an album called DrumDrops. This album by Joey D. Viera had song-length tracks of various drum styles like rock, jazz, disco, and more.

Campbell went on to practice soloing in the key of F-sharp minor, using a DrumDrops track, and used three chords around it: F-sharp minor, E major, and A major. He then added two resolution chords, D major and B Major, to lead the progression back to the main run. And just like that, Campbell added instruments one by one then presented it to Petty, who saw something special in his creation.

“I remember writing [‘Refugee’] really quickly to his tape,” Petty recalled in Paul Zollo’s Conversations With Tom Petty. “The words came really quick. And that bridge was on the tape. I just had to come up with a melody. I don’t think he saw it the same way as me, where the chorus would go. But it worked out great,” Petty would recall in Paul Zollo’s Conversations With Tom Petty.

Elliot Roberts, the band’s manager, agreed that they had a potential hit in their hands. They brought over rising producer Jimmy Iovine and made him listen to “Refugee” and “Here Comes My Girl”, with Campbell recalling him saying: “‘I don’t care what else you do. We got those two songs, we got an album.’ And he was right.”

Around 70 takes were recorded as Iovine’s method was quite unorthodox for the band, especially for the drum parts on “Refugee”. Lynch was fired during the session but was brought back to finish the track after they tried to replace him with Procol Harum’s B.J. Wilson and the Dwight Tilley Band’s Phil Seymour, which both proved futile. Even Campbell walked out at some point between the sessions.

In a conversation with Songfacts, he said: “I remember being so frustrated with it one day that – I think this is the only time I ever did this – I just left the studio and went out of town for two days. I just couldn’t take the pressure anymore, but then I came back, and when we regrouped we were actually able to get it down on tape.”

While Iovine and Lynch weren’t on friendly terms, the producer said that their relationship wasn’t a result of the stressful sessions. “I don’t give a fuck if you’re an asshole. I got that [Lynch] was a bit hard to work with, but that’s it. The playing didn’t feel right to me. That’s not a personal thing,” said Iovine.

“Refugee” was released on January 11, 1980, as the second single for Damn The Torpedoes, and peaked at No. 15 to bag their second-highest ranking at the Billboard Hot 100. This also marked the collaborative streak between Campbell and Petty, on which the latter notes: “God, he writes so many. He’ll give me a tape with 20 things on it. Of which maybe I’ll find one or two that I can work with. But he writes in bulk. Track after track.”

Petty would then take Campbell’s creations and lay them out on the piano and guitar to work the dynamics out. “If something’s there that I get a feel for, it starts to happen. And if I don’t, I just don’t pursue it,” he said.

“It was such a thrill to have someone take your germ and turn it into something great, and that became our relationship. It was so exciting every time he’d write to one of my music, I always felt so blessed,” Campbell added.