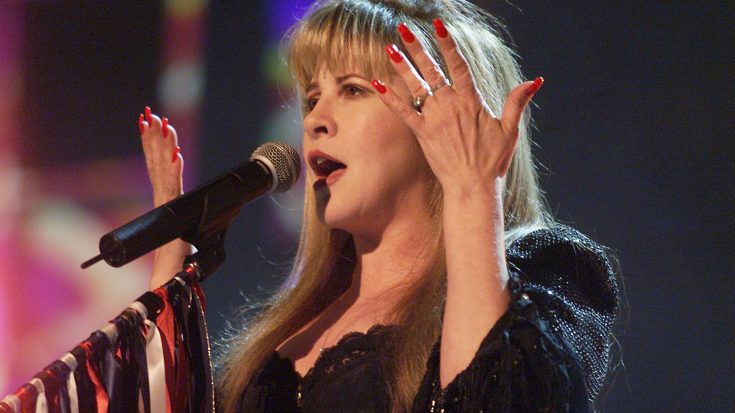 It was to be expected that Stevie Nicks, who came from a musical family, would one day try her hand at songwriting. Nicks has always had an inclination toward singing, and music has always been her medium of choice for expressing herself creatively.

She was only 16 when Nicks wrote her debut song, “I’ve Loved, and I’ve Lost, and I’m Sad but not Blue,” in which she poured out her heartbreak. Upon finishing the song, Nicks understood immediately that she has a gift for composing, which gave her the assurance she needed to keep becoming better as the years went on.

Nicks opened up in an interview about the first time she knew that she was going to be famous for songwriting. “On my birthday, I wrote a song about my first love affair. It was a relationship at 15-and-a-half where I was absolutely crazy about this guy. Thank God he broke up with me because if he hadn’t, I wouldn’t have been spurred on to write that song. Because when that song was done, I knew I was going to be a songwriter.”

“I realized right away that I could write songs because I could have experiences without even having them, by just singing about them,” she added.

Furthermore, Nicks shared how her supportive parents inspired her to pursue her career path along with outfits that she would later become famous for in a 2012 interview with Huffington Post. “My parents were very supportive of my love of music, and my focus was very strong from when I was in grade school,” she said. “They knew I didn’t want to be an actress; I didn’t want to take drama; I didn’t really want to take musical drama. I just wanted to listen to rockabilly and rock ‘n’ roll and R&B, and I just was in my own little musical world. I had it planned out. In sixth grade, I was wearing a black outfit with a top hat. I had it all planned out.”