The Story Of Pat Benatar’s Rise To Rock 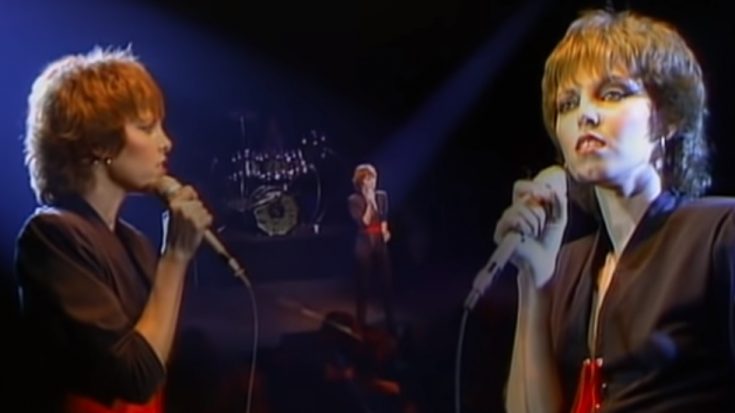 Pat Benatar for "Promises in The Dark" - Benatar Giraldo / Youtube

Before she became Pat Benatar, she was first Patricia Mae Giraldo, an aspiring music lover who hailed from the neighborhood of Brooklyn, New York. Her father was a sheet metal worker while her mother was a beautician – the latter exposed her to music at a young age via classical cuts and those that came from the Great American Songbook.

This prompted her to take voice lessons, which led to her first solo performance at the age of 8 at Daniel Street Elementary School. Coloratura was also on her plate when she moved up to high school, in hopes of making it to Juilliard – but ended up studying Health education in Long Island instead. She eventually settled down with Dennis Benatar, who was then bound for the Army, so she worked as a bank teller near Dennis’ station.

Things took another turn when she attended a Liza Minelli concert – it moved her so much that she quit her professional career to pursue singing full-time. She became a singing waitress at The Roaring Twenties nightclub and secured a spot at the lounge band for singing. Named the Coxon’s Army band, the group yielded what became Benatar’s only single until 1979. This was titled “Day Gig” which was written and produced by band leader Phil Coxon.

By 1975, Benatar tried out at an amateur night at the Catch A Rising Star comedy club in New York, singing Judy Garland’s “Rock-a-bye Your Baby With a Dixie Melody” becoming responsible for a callback by club owner Rick Newman, who became her manager in the future.

The Benatar couple moved to New York after Dennis was released from the army and Pat became a regular at Catch a Rising Star for three years. Then came 1975, where she played Zephyr in Harry Chapin’s rock musical, The Zinger, which lasted a month at the Performing Arts Foundation’s Playhouse in Huntington Station, Long Island.

One important moment in Benatar’s rise to rock stardom was in Halloween of 1977, which became a basis for her early spandex-wearing stage persona. She joined a Halloween contest at the Cafe Figaro in a costume inspired by a character from Cat-Women Of The Moon, which she wore later in the evening at a Catch a Rising Star performance. Between runs at the comedy club, Benatar managed to record commercial jingles for Pepsi and a handful of regional brands. Moreover, Benatar was able to headline New York City’s Tramps nightclub for four days during the spring of 1978 – in the presence of several representatives from various recording companies. This led to her being signed to Chrysalis Records via co-founder Terry Ellis the following week, which started her solo career. And while Pat and Dennis divorced shortly after, she kept the Benatar surname, and the rest was history.