The Story Of Keith Richards Stealing A Fan’s Guitar 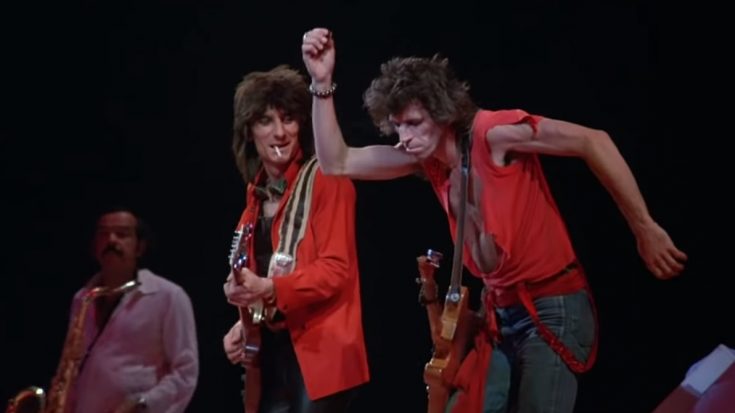 Just a night before Keith Richard of the Rolling Stones was about to turn 56 years old, he was surprised with a birthday party at New York City’s Russian Tea Room. The Stones had just finished their No Security tour earlier in the year, and Richards was chosen by GQ Magazine as one of their slated “Men Of The Year” candidates. Richards was on a roll for the entire year, with all the accomplishments under his belt warranting a fitting reward.

While Richards was on his way to the club, a fan suddenly approached the guitarist with a Fender Telecaster in hand, in the hopes to get his idol’s coveted signature. In the spur of the moment, instead of giving the chap an autograph, Richards held onto the guitar as he entered his limo and ordered the driver to speed off.

The fan said, “He tore down W. 56th St. and I ran after him. Finally, I stopped at a light and knocked on the window and yelled, ‘Please give me my guitar back!’ Keith was laughing. The driver told me to go f— myself and buy a new guitar, and drove off again. I was on foot so there wasn’t much I could do.”

Some might say he gave up too easily, but as the fan told NY Daily News, “It’s Keith, man.” Plain and simple.

His publicist came into his defense when asked about the incident at that time, saying, “Keith is generally extremely sweet about signing things for fans. But I gather there are people who try to get his signature on guitars they sell. They’re not real Rolling Stones fans.”