The Story Of “Big Yellow Taxi” By Joni Mitchell 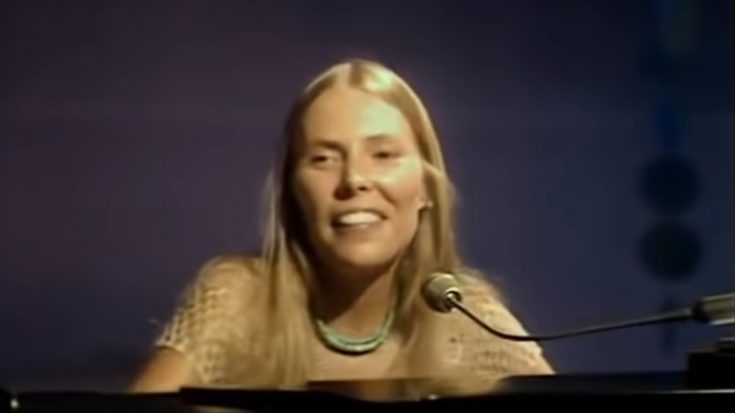 Joni Mitchell’s classic cut from 1970, “Big Yellow Taxi”, became one of the folk icon’s most prized songs. It wraps around a general theme of taking things for granted and realizing their worth when they’re gone, but Mitchell injects a realistic light into the equation by using environmental imagery in the lyrics.

In a 1996 interview with the Los Angeles Times, Mitchell divulged that the song was written on her first trip to Hawaii, saying that, “I took a taxi to the hotel and when I woke up the next morning, I threw back the curtains and saw these beautiful green mountains in the distance. Then, I looked down and there was a parking lot as far as the eye could see, and it broke my heart… this blight on paradise. That’s when I sat down and wrote the song.”

The song contains references to actual places and scenery in Hawaii, like the line “Took all the trees, put ’em in a tree museum, charged the people a dollar and a half just to see ’em” being used to describe Foster Gardens in Waikiki which is a botanical museum that houses trees common and rare. “Put away that DDT now, give me spots on my apples but leave me the birds and the bees” also referred to the insecticide DDT, which was banned due to the severe ecological impact on several fish and bird species, including the bald eagle.

But apart from these, Mitchell also went to a personal level but left it to the interpretation of listeners, where an “old man” departed in a “big yellow taxi”. There have been many speculations as to who the person Mitchell referring to was in the song’s last verse.