The Story Behind “Peaceful Easy Feeling” By The Eagles 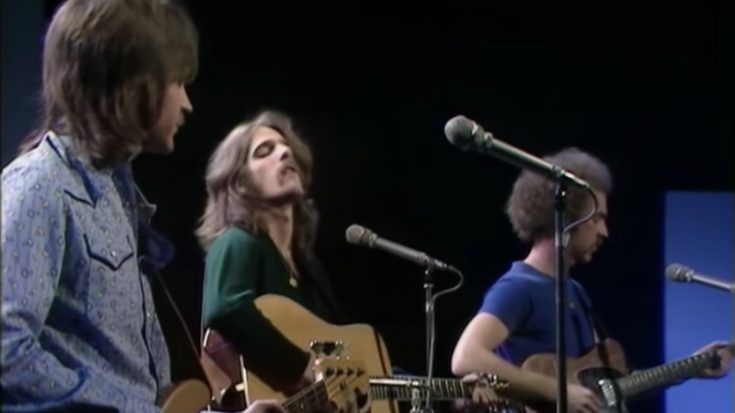 “Peaceful Easy Feeling” is the third single from the Eagles’ self-titled debut album of 1972. It was written by the San Diego-based singer-songwriter Jack Tempchin, after a failed attempt to hook up with a waitress who left and never came back.

As Tempchin had no means to get home, he crashed on the club floor to get some shuteye but couldn’t sleep, so he grabbed his guitar to kill time and composed the song, with the lyrics written on the back of a flyer. After finishing the song in various stages, he headed to Los Angeles to hang out at the Troubadour with Glenn Frey, Jackson Browne, J.D. Souther, and various rising stars of the West Coast scene.

Tempchin was staying with Browne when Frey arrived one day to him playing the song. He made a cassette recording and gave it to Frey, who returned the next day with a demo he had whipped up with Linda Ronstadt’s backing band, who became the future Eagles.

The song sings tells the story about a love that’s going well but isn’t probably for keeps, but the character says it’s okay as he has a “peaceful, easy feeling” that won’t be spoiled by anybody.

“Peaceful Easy Feeling” was completed by Tempchin at the Der Wienerschnitzel restaurant in San Diego while waiting for his order, so the mayor of San Diego, Jerry Sanders, declared December 1 as Peaceful Easy Feeling day in 2012 to commemorate the song’s 40th anniversary. The said ceremony was held at the restaurant, with the table Tempchin wrote it on being marked with a plaque.

Tempchin received a golden wiener for it as well, proudly declaring to Songfacts: “Lots of people have Grammys. But they don’t have a solid gold wiener.”