The Story Behind “Life In The Fast Lane” by The Eagles 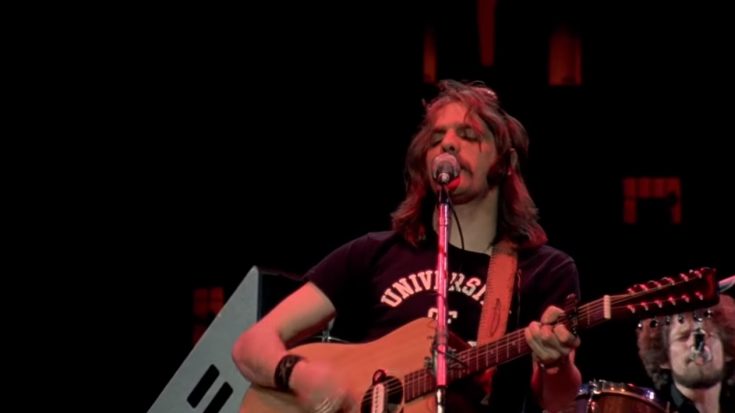 The third single from the titanic Hotel California album of The Eagles was “Life In The Fast Lane”. Dubbed as one of their quintessential releases, “Life In The Fast Lane” has quite an interesting backstory. Written by Joe Walsh, Glenn Frey, and Don Henley, the song hit the 11th spot at the Hot 100 charts upon release.

Frey revealed the inspiration for the track, which occurred back when Frey was speeding down the freeway with a drug dealer named “The Count”. “I was riding with a guy, and we were too buzzed for our own good. And he was over in the left lane in the freeway going about 85 miles an hour, and I was kinda paralyzed in the seat next to him. I said, ‘Slow down, man!’ He said, ‘What do you mean, man? We’re in the fast lane!'” Frey shared.

Frey carried the idea for a long time, where he tapped Henley’s resources to come up with a tale about “some Hollywood couple that has everything and takes it all to excess and destroys their lives.” Now that they had a story to tell, they had Joe Walsh come up with a suitable arrangement for the song.

“We were looking for input from me – Joe Walsh, rocker – that could be the foundation for an Eagles song. We had a couple false starts on stuff and hadn’t really found anything,” Walsh said. “But one night I was in my dressing room getting ready for a show, and I had this one lick I’d play over and over as part of warming up.”

“Because it’s really a hard lick to play,” Walsh continued. “And that’s “Life in the Fast Lane.” And Henley came in and said, “What the hell is that?” He went and got Glenn and I played it for them. They said, “Is that yours?” And I said, “Yeah.” And they said, “Well, there’s our Joe Walsh Eagles song!” Don and Glenn, but mostly Don, put the words together, and Glenn kind of arranged it. And there it was. So it’s a Walsh/Henley/Frey tune, and I’m really proud of it.”