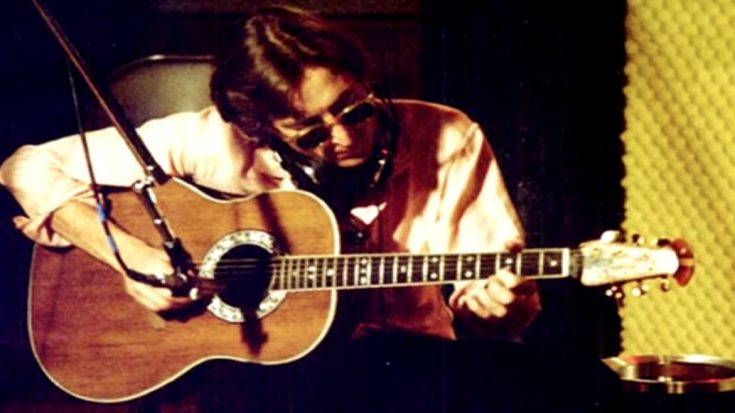 The Beatles had published some of the greatest songs known to man; songs that most people wished they’d wrote it. The magic it gives can still be felt even to the one listening today, proof that the legendary songwriting partnership of John Lennon and Paul McCartney will forever live as a testament to greatness.

The atmosphere of the Fab Four was one of constant innovation. However, it was an unspoken truth that members of the group secretly compete with one another when it comes to songwriting. That manifested not only in our shy Beatle George Harrison, who battled John and Paul on being included in albums but with John and Paul themselves, who felt that they also needed to be competitive against each other.

After The Beatles disbanded and their legendary status was established, the members of the band began discussing their time in the spotlight – the most excited being John Lennon. Lennon often talk not-so-kindly towards his other members, especially Paul; however, in a 1980 interview with Playboy Lennon strangely complimented his old songwriting partner when the interview began to talk about one of the Beatles’ classics, “All My Loving.” Lennon praised the songwriting of Paul and was the first song to truly capture the latter’s amazing pen game.

“‘All My Loving’ is Paul, I regret to say,” Lennon said. “Because it’s a damn fine piece of work. But I play a pretty mean guitar in back.”

Even with Lennon one-upping Macca by saying he’d provided some “mean guitar” in the song’s background; it was still a moment of genuineness for someone as sharp-tongued as Lennon to recognize a fantastic track. “All My Loving,” though not officially released as a single, became a hit, placing high on several countries’ song charts.

Listening to the song below.