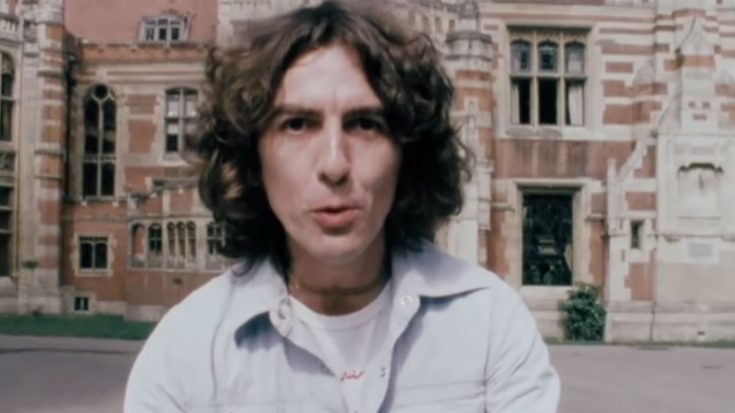 Folk legend David Crosby’s achievements and immense talent cannot be singled out in his time with Stephen Stills, Graham Nash, and Neil Young, as each of them progressed exponentially after their stint together.

David Crosby forged his own path with his 1971 debut If Only I Could Remember My Name. This cemented him as a top-notch singer-songwriter in his own right thanks to the richness of the said catalog. But one of his most acclaimed songs on the record wasn’t even intended to be his own and should have been given to George Harrison instead.

This was established when one fan tried to reach out to Crosby on his Twitter account, where he is very responsive most of the time. The fan asked, “Was there any particular inspiration for ‘Laughing’? It’s a beautiful song, and has helped me very much for 50 years.” Crosby responded that he’d written the song for the former Beatle, George Harrison.

He didn’t reveal why it didn’t push through, however, but said that it would have been a dream come true of his if it actually did, as he disclosed to MusicRadar in 2014 that The Beatles awoke something else in him.

He continued, “Watching The Beatles on Ed Sullivan was wonderful. I was shocked… in such a good way. Of course, none of us had seen that kind of reaction from kids before, not for anybody. I think most people were amazed at the reaction, the screams and the hysteria. How could you not be?”

Crosby could not hide the amazement he had for the band, saying that he was impressed with the Beatles musicality just as much as the energy they carried on stage, proving that they were one of a kind and were on the way to change history forever.