The Rolling Stones Visit Their First Apartment in 1962 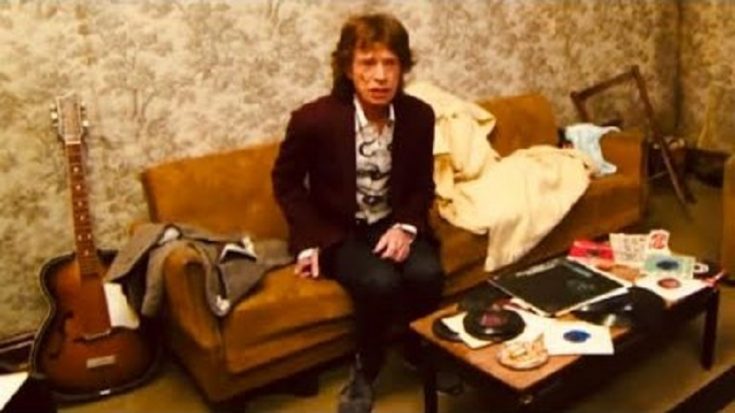 Take a look at the Rolling Stones’ Mick Jagger and Keith Richards as they visited their first apartment in 1962. Hint: The Beatles themselves were disgusted with how filthy the flat was!

To celebrate the band’s half-a-century anniversary, Mick Jagger has plans to recreate the band’s authentic selves as much as he possibly can. He caught on to the idea of “recreating the Rolling Stones apartment,” and putting it as an exhibit – for people to properly understand the mood of the group during their formative years.

And so, with lots and lots of beer bottles, cigarette butts, dirty dishes, and underwear, The Rolling Stones team recreated the replica of the band’s way of living in the small flat they rented in Chelsea, London.

“That was the weirdest thing really. … The building is still there – it’s not a building that’s been knocked down or anything, it’s right around the corner from where I actually live now,” Jagger explained. “It’s very redolent of the space … and it smells like it and feels like it.”

But for the replica – although the filth remains, the smell was the one thing that you wouldn’t worry anymore. “It is so very authentic, apart from the absence of the ‘aroma.’” Richards joked.

When asked if the guys did ever vacuum or even clean up for themselves, Jagger simply said, “no.” “My mother used to come occasionally and try to clean [the apartment] up,” he added. We’re glad that The Rolling Stones’ filthy days are over, but Jagger and Richards’ reactions to visiting the place were altogether priceless to see.

The video can be viewed below.