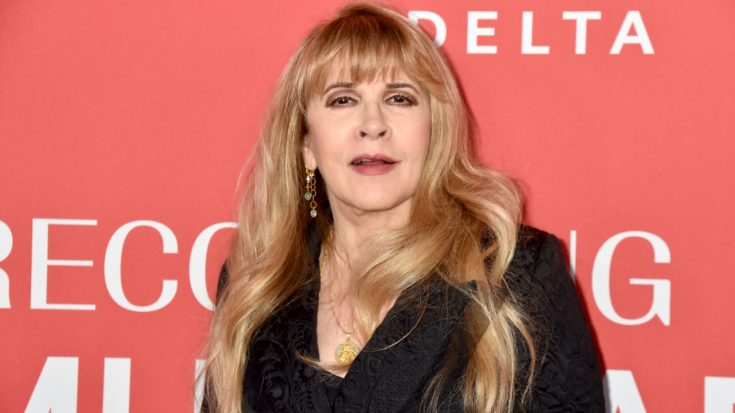 It’s certainly no secret that Stevie Nicks’ storied career is full of its ups and downs, but nevertheless, over the years, she has asserted herself as one of the most iconic and influential singers in all of rock & roll. She has a style and charisma that are often imitated, yet never duplicated. She is one of the best; pure and simple.

Aside from her signature look and stage presence, her distinct raspy voice sets her apart from most other singers, but what you may not know is that it’s very much dependent on the hole in her nose.

For those who don’t know, her use of cocaine actually burned a hole in her septum (the cartilage that separates the nostrils). This had a massive impact on the way her voice sounds. However, she revealed that her doctor told her that it was fixable and that a small panel could fill the small void.

However, she also revealed that she opts NOT to have it fixed because fixing it may change the way she sings for the worse. Below is the video where she talked about it.

Obviously, hardly anyone intends to have a hole burnt into their septum, but it’s definitely funny how certain things play out. This unintentional consequence reshaped the way Stevie sings and is now a part of her iconic sound.

Fleetwood Mac’s sound definitely has a more earthy, rustic quality to it, and if you ask me, that’s a good thing. And a big part of that is thanks to Stevie’s reshaped voice.