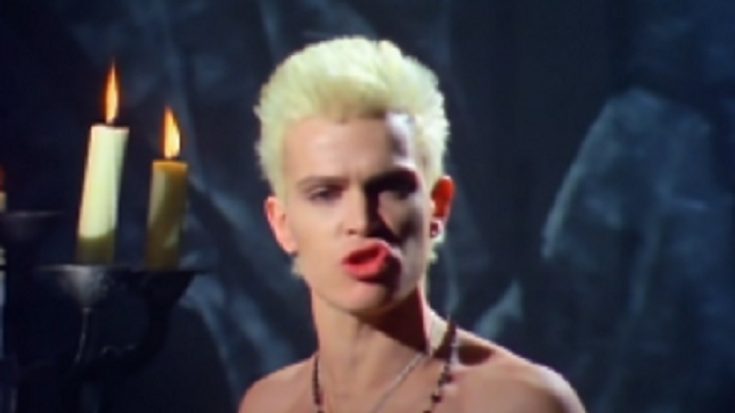 “White Wedding” has proven to be one of Billy Idol’s well-known hits, which tells us a story about a one-sided love that turned into a wedding cut from hell.

After his notable departure from the punk band Generation X, Idol released his titular debut album, which made him a pioneering artist of the “Second British Invasion” that became possible thanks to the emergence of the channel MTV. At the start of his solo career, he released two singles, “Dancing With Myself” and “White Wedding,” which reached no. 10 on Billboard Hot 100.

While this hit has the word “wedding” in its title and “white” to symbolize purity, if take a deep look at it, Idol wasn’t exactly singing a song about decency. And although he had the words “Hey little sister what have you done” in its lyrics, Idol hinted that his sister was only partially responsible for the inspiration of the song; instead, “sister” was a slang term for the word “girlfriend” in England.

“I think everybody when you’re writing a song, you’re always looking for new situations, new circumstances, something that does come from your own life, but it’s never complete, Idol said back in 2002. “My sister was pregnant. She was getting married and there was no argument or anything, but I thought about all the different people and all the times past when that was such a taboo thing. I thought about that, the taboo nature and the convention and the wedding being such a celebration but then it turns into something like a shotgun wedding.” He also incorporated a little bit of his life in the lyrics, abandoning his life in England and “gallivanting across the globe” as he lived an unconventional rock lifestyle.

Overall, the “White Wedding” is merely a sarcastic remark of Idol who’s angry with his ex-girlfriend after being dumped, and that the bride could no longer achieve that purity of a ceremony since she’s no longer a virgin. The gothic themes of its music video could give you some clues.