The Philosophies And Themes In Rush’s Lyrics 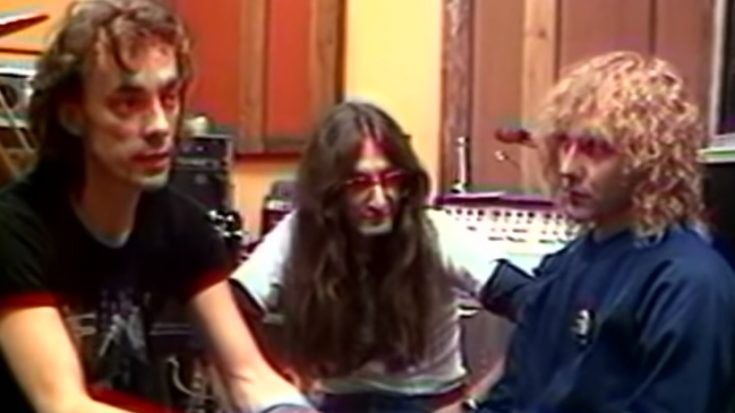 The Canadian power trio bridged the gap between progressive and pop, making the once seemingly-complicated genre become accessible to the general public. Of course, knowing Rush, this didn’t result in complacency or compromise in their material – epitomized the most by the late Neil Peart. Apart from keeping time for the band, Peart also did all the lyrics of their songs – and tapped into high-level concepts instead of cliche themes. Here are some of the band’s most profound lyrics courtesy of the Professor.

Neil Peart puts reflection in melancholy as “Losing It” discusses an artist looking back at his life’s work and saddened by the fact that he may never be able to do it all again. It also takes into account of the pain of losing it all versus not experiencing it at all. Peart even goes as far as referencing the writer Ernest Hemmingway in the verses to add an agonizing feeling to it.

“Natural Science” effectively dictates the rise and fall of sentient life with the hand of nature. It suggests the pursuit of knowledge and arts that are in harmony with the course of nature rather than against it, to live a full life and make an impact in the larger picture.

Peart references the 1789 event in Paris, France – the storming of Bastille. The French revolution was brought upon the common folk who were fed up with the monarchs injustice, seeking to claim what is rightfully theirs. But even with revolutionary actions like such, he notes that humanity never really learns and history just repeats itself to fuel the vicious cycle.

This song explores the theme of individualism by abandoning beliefs in a higher power. “Freewill” tackles humanity being bound to these supernatural beliefs and relying on them instead of applying logic in everyday life – robbing us of the fullest achievable potential as a result.

Conformism is tackled with 1982’s “Subdivisions”. Literally talking about these human infrastructures, using metaphors to explain how mankind is programmed to be a single entity, devoid of any distinction from each other. It also tells the story of people who don’t get to pursue their dreams due to lack of opportunities or basic necessities block them from doing so.