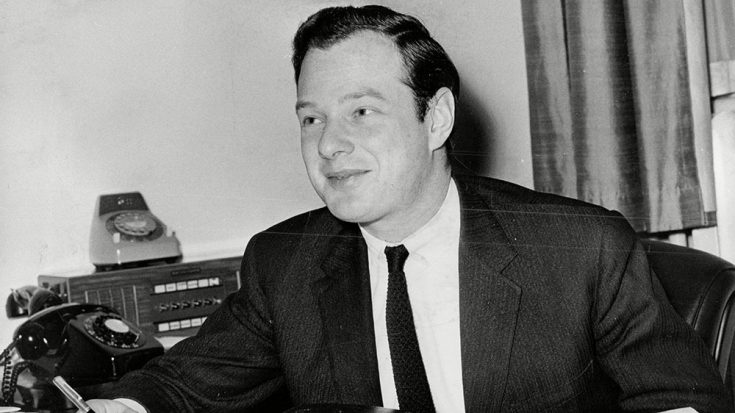 Behind every successful artist, is a scheming manager. While the artists take most of the credit for their material and gigs, somebody has to fill the tedious formalities behind the scenes. Managers are in equal footing with artists and bands in the decision-making department of the career. Moreover, some of these executives offer more than curating to the business side of things. Let’s explore the greatest managers (famous and infamous) to ever grace rock and roll.

Before becoming the illustrious David Bowie, David Jones was mentored by his first manager, Kenneth Pitt. Pitt was not your conventional manager, in the sense of business savvy and flamboyant marketing. Having previously publicized Frank Sinatra and Jerry Lee Lewis, Pitt was one of his time’s heavyweights. He was an old-fashioned gentleman who was well-versed in the arts, and imparted his passion to Bowie. With this newfound fascination for theater and cinema, Bowie incorporated it into his music, wanting to be a jack of all trades, while mastering all of them. This would be evident a decade later, with Ziggy Stardust enchanting his following with extraterrestrial reverie. Although Pitt only handled Bowie from 1965 to 1970, he continued to be a guiding light in Bowie’s path to stardom.

The King of Rock and Roll wouldn’t make it far if it weren’t for his advisor in the royal court. Colonel Tom Parker was a mastermind in marketing his product, and Elvis found his lucky star in him. Known for establishing upfront deals, media influence, and merchandise investment, Colonel Parker mastered the underlying psych of the throngs, and hitting the most rewarding options in the list. This even goes far as Presley’s death, where Colonel Parker notoriously flew from the funeral in Memphis, all the way to New York. This was to negotiate and secure deals for Elvis Presley memorabilia which were to be released in the following weeks. He was also known for his ridiculously high talent fee: a whopping 25% from the conventional ten.

A former art scholar and fashion entrepreneur, McLaren blew up to be one of the most notorious names in the management business. Known for having the punk band The New York Dolls under his wing, he drew inspiration from them after they parted ways. He established The Swankers, who later renamed themselves Sex Pistols, in London. They were known for their brash, punk music that took droves of followers from rebellious spirits. McLaren insisted on his marketing strategy, that bad publicity is still publicity. This bore fruit with the band jumping from controversy to controversy, the amassing following attracted to the dynamic chaos they offered.

Known by most Beatles fans as a lecherous parasite, Klein took the band under his wing two years after Brian Epstein’s death. Street smart, Klein knew the ups and downs of the industry and didn’t care for any restraint at all. He did this to save the band from bankruptcy when their Apple Records began to experience financial tumult. He earned the respect of John Lennon, who influenced Ringo Starr and George Harrison to sign him up as well. However, Paul McCartney trusted his gut instinct and was the only one to not employ him as manager. Klein was in total control behind the scenes now, firing people at a whim and reorganizing the structure. Things didn’t fare well for him though. In 1973, numerous lawsuits against him from the band members started to pour in. His excessive commissioning paid its price in legalities and torn relationships.

This intimidating hulk of a man was Led Zeppelin’s treasured manager. Grant took on several day jobs before becoming Led Zep’s man, but once he was, it established him as one of the most endearing managers to ever exist. Grant truly believed in his artist’s capacity, and made it clear that in the relationship, the artist mattered the most. He managed to coerce Atlantic Records to dig out $200,000 USD as advanced payment for the band’s five-year contract. He also managed to shake out one of rock history’s highest paid royalties, with reports amounting to almost five times that of The Beatles. His dedication to service was documented when bootleg Led Zeppelin posters made its way into one of their concerts. Grant was so furious that even his staff bore the brunt of his fury.

Kit Lambert – The Who

Kit Lambert foraged much into exploration and experimentation in his earlier years. Lambert was an Oxford product and a homosexual. He decided to settle on a path when an unfortunate expedition in Brazil led to the murder of one of his friends by local cannibals. He worked in the film industry for a while until his business partner, Chris Stamp, decided to give management a try. He was an influential force in Pete Townshend’s creative process and encouraged the band to go all out with their production values. It didn’t take long for The Who to establish their name in the industry, under his wing. Townshend’s rock opera Tommy was played in actual European opera houses due to Lambert’s discretion. But things weren’t always bright in Lambert’s life. He was a drug user and abused alcohol way before managing the band. His habit eventually caught up to him after a drunken brawl in a bar. He died of a hemorrhage as a result of the fight.

Danny Fields takes the credit of bringing punk rock to Britain. The Ramones were first spotted by Fields in CBGB while performing. He immediately fell in love with the band, that after seeing them perform, he offered to manage them. He also acted as the Ramones photographer, allowing him to filter favorable photographs, and potentially incriminating ones weeded out. He spent five years tending to the band’s needs, booking shows and concerts, especially with the big names like the Sex Pistols, the Damned, and the Clash. Although his time with the band was brief, he beautifully documented their rise to superstardom, along with his nurturing hand.

Don Arden was notoriously known as the “Al Capone of Pop” because of his enthrallment with royalties, specifically skimming them. One of his past excursions, Small Faces, raked in so much cash but only received a measly amount for a weekly allowance. Black Sabbath was successful under his care, but were also wary with under-the-table transactions of Arden. Ozzy Osbourne was fired from the band in 1979 when he deemed him unfit due to the drug addiction Osbourne was facing at that time. Sharon Arden, Don’s daughter, proceeded to managed Ozzy Osbourne, who later became his wife. He has also resorted to harsh methods when dealing with talents. Led Zeppelin guitarist Jimmy Page once rang up Steve Marriott, from Arden’s Small Faces band.Page received Arden’s reply, “How would you like to play guitar with broken fingers?” Page stuck with the sanest choice, and everybody proceeded with their own bands, no fingers broken. He is most known for dangling fellow manager Robert Stigwood out of a fourth-floor window on accusations of Stigwood trying to steal one of his bands.

Another tale of pioneering comes with Andrew Loog Oldham. He was the first manager of The Rolling Stones, and was responsible for molding the band to their image. He encouraged the then young members to adopt a bad boy image, to counter the Beatles’ good boy offering at the time. At a fledgling 17 years of age, he read the situation well, and this image change paid off for the band. The Rolling Stones’ following was getting big in Great Britain, thanks to Oldham’s deal-making charm that was second to none. He also had creative input whenever the band was writing music. But along his cunning guidance to the band’s image, he unconsciously developed one for himself, and fell deep into the rut of drug abuse. This downfall led him to release The Rolling Stones, the band taking refuge under Allen Klein’s roof.

Probably the most popular manager in rock and roll history, Brian Epstein scored big time when he signed The Beatles. Epstein grew up studying dramatic arts but soon realized acting wasn’t for him. He went to work for his father’s music store, North End Music Store, when he chanced upon a Beatles’ performance, which was fairly near the store’s location. He details how the band caught his attention, “I was immediately struck by their music, their beat, and their sense of humour on stage…And it was there that really it all started.” Much like Oldham, he had the say in The Beatles’ image department, tweaking it to further elevate the charm they possessed. Epstein was marketing the band in such a bold fashion, he got to sign the band with Parlophone Records, and established a relationship with producer George Martin. Beatlemania was his conscious effort in fruition, driving the craze around the world. His influence was stamped into history with his viral mastermind. The Beatles became the world’s most famous band of all time, thanks to Epstein’s brilliant management.